The company stated that the drug is the only biologic treatment approved for paediatric patients for both ERA and PsA in the US.

The regulator approved pediatric dosing of Cosentyx 75 mg (15 kg or more to less than 50 kg) or 150 mg (50 kg or more) injection, administered every four weeks for children and adolescents.

Novartis Medical Affairs Immunology, Hepatology and Dermatology global head Todd Fox said: “This marks the second and third US pediatric approval this year for Cosentyx, following pediatric psoriasis approval and further reinforces the proven efficacy and safety of the therapy.

“With more than 500,000 adult and pediatric patients treated worldwide since launch, healthcare professionals and patients can feel confident in Cosentyx.

“Furthermore, we are pleased to build on our strong heritage of bringing innovative treatments to young people living with rheumatic diseases, which began with the FDA approval of Ilaris.”

The FDA approval was based on the data obtained from a two-year, double-blind, three-part, placebo-controlled, randomised-withdrawal Phase III JUNIPERA study conducted on 86 children and adolescents aged two to 18 years with ERA or JPsA.

The findings showed that Cosentyx reduced flare risk compared with placebo and showed improvement in disease activity over two years in paediatric patients with ERA and PsA. 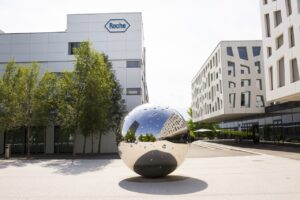