FDA approves Ultomiris for use in treatment of rare blood disease

The US Food and Drug Administration (FDA) has approved Ultomiris (ravulizumab) injection for use in the treatment of adult patients with paroxysmal nocturnal hemoglobinuria (PNH).

PNH is a rare and acquired blood disease that results in the rupture or destruction of red blood cells (hemolysis).

People diagnosed with PNH lack a certain protein that usually protects red blood cells from being destroyed by the patient’s immune system.

Ultomiris is a complementing inhibitor that is developed to prevent hemolysis.

The latest FDA approval is granted to Alexion Pharmaceuticals and is based on a priority review application.

FDA Oncology Center of Excellence director Richard Pazdur said: “The approval of Ultomiris will change the way that patients with PNH are treated.

“Prior to this approval, the only approved therapy for PNH required treatment every two weeks, which can be burdensome for patients and their families.

“Ultomiris uses a novel formulation so patients only need treatment every eight weeks, without compromising efficacy.”

Ultomiris was evaluated in a clinical trial that included 246 patients who previously had not been treated for PNH.

As part of the trial, the patients were randomised to receive Ultomiris or eculizumab, the existing standard of care for PNH.

Data from the trial showed that Ultomiris had similar results to eculizumab.

It was also found that patients did not receive a transfusion and experienced similar incidence of hemolysis as assessed by the normalisation of lactic acid dehydrogenase (LDH) levels in patients’ blood.

Furthermore, Ultomiris was investigated in a second clinical trial including 195 PNH patients, who were clinically stable following the treatment of eculizumab for at least the last six months. 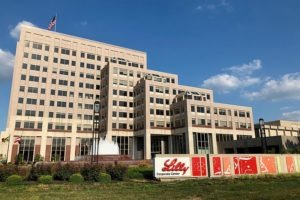