Eisai said that the first investigational drug candidate from its drug discovery collaboration with University College London (UCL) is set to enter Phase I clinical trials for Alzheimer's disease (AD) in early 2019.

The candidate, known as E2814, is an anti-tau monoclonal antibody set to be tested in human trials for the first time to assess its ability to slow the progression of AD.

AD is a chronic, progressive, neurodegenerative disease characterized by formation of protein deposits known as plaques (made of amyloid-beta protein) and neurofibrillary tangles (made of tau protein) in patient’s brains.

Tau “seeds” are believed to spread between different areas of the brain as the disease advances. E2814 is designed to target the tau “seeds”, preventing further build-up of neurofibrillary tangles and thus may slow the course of the disease.

The research collaboration, agreed in 2012 for an initial period of six years, has been extended for a further 5 years to 2023. It was established as part of Eisai’s Open Innovation strategy to collaborate with leading researchers in order to translate new research findings into innovative treatments for patients with neurodegenerative diseases.

E2814 is one outcome out of a portfolio of projects established during the first phase of the collaboration with UCL.

Eisai Neurology Business Group chief discovery officer Teiji Kimura said: “Significant unmet medical needs exist for neurodegenerative disorders such as Alzheimer’s disease due to a lack of effective treatments that can prevent disease progression, and Eisai’s mission is to contribute to overcoming these issues.

“By combining the knowledge of UCL, which conducts world-class research into neurodegenerative disorders and is the operational hub of the UK Dementia Research Institute, together with the knowledge of Eisai, who possesses a rich pipeline for dementia treatments, we are doing our utmost to link the results of joint research starting with E2814 to new medicines in order to contribute to patients who are awaiting curative therapies as soon as possible.”

It is believed AD accounts for up to 70% of all dementia cases. There is currently no cure for Alzheimer’s disease.

E2814 is an anti-tau monoclonal antibody. It is being investigated as a potential disease modifying agent for the treatment of AD, entering Phase I clinical trials in early 2019. The drug candidate was discovered as part of the research collaboration between Eisai and UCL and is designed to prevent the spreading of tau protein “seeds” within the brains of affected individuals.

What is Alzheimer’s disease?

AD is the most common cause of dementia. The symptoms can include memory loss and difficulties with thinking, problem-solving and language. During the course of the disease, proteins build up in the brain to form structures called ‘plaques’ and ‘tangles’. This leads to the loss of connections between nerve cells, and eventually to the death of nerve cells and loss of brain tissue.

Open Innovation is collaboration through the sharing of knowledge, resources and expertise to achieve outcomes which no one, single party can in isolation. Our philosophy is to avoid parochialism and be open minded to new ideas and new ways of working. As part of this commitment, Eisai works in partnership with a number of world-class research organisations including University College London (UCL). 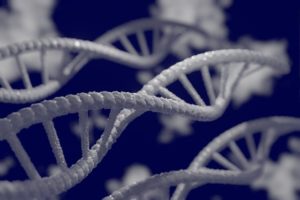