The European Commission (EC) has authorized Clovis Oncology’s Rubraca (rucaparib) for the treatment of women with recurrenr ovarian cancer.

Rubraca has been authorized as a monotherapy treatment of adult patients with platinum-sensitive, relapsed or progressive, BRCA mutated (germline and/or somatic), high-grade epithelial ovarian, fallopian tube, or primary peritoneal cancer, who have been treated with two or more prior lines of platinum based chemotherapy, and who are unable to tolerate further platinum based chemotherapy.

Certain confirmatory post-marketing commitments are required as part of this conditional authorization.

For the full European approved prescribing information, please refer to the Rubraca (rucaparib) Summary of Product Characteristics on the European Medicines Agency website.

“In this group of patients with limited treatment options, rucaparib provides a much-needed oral targeted therapy for these women.”

The project that led to rucaparib’s discovery was among the first of the Newcastle Cancer Drug Discovery Group that started at Newcastle University, involving the Northern Institute for Cancer Research and a team of Cancer Research U.K.-funded scientists.

Rucaparib went into phase 1 trials in 2003, with Ruth Plummer, Clinical Professor of Experimental Cancer Medicine at Newcastle University, leading the administration of rucaparib to the first patient in the world to be treated with the drug and the first ever cancer patient to be treated by a PARP inhibitor.

Ruth Plummer, Clinical Professor of Experimental Medicine at the Northern Institute for Cancer Research, Newcastle University, said: “Ovarian cancer is one of the most difficult cancers to detect and for this reason most women who develop the disease are often diagnosed in the advanced stages, leaving them with few viable treatment options."

"We are delighted that the culmination of many years of research from the team here in Newcastle has resulted in a new treatment option for women in the EU.”

Clovis Oncology CEO and president Patrick J. Mahaffy said: “We are pleased to receive this important authorization, as new options for women with recurrent ovarian cancer are needed.

“Importantly, the granting of the license means we are now able to submit a variation to the Marketing Authorization for rucaparib to include the maintenance treatment setting based on ARIEL3 data, where we may soon be able to offer a new option to a larger population of women with recurrent ovarian cancer.”

The EC approval was based on data from two multicenter, single-arm, open-label clinical trials, Study 10 (NCT01482715) and ARIEL2 (NCT01891344), in women with advanced BRCA-mutant ovarian cancer who had progressed after two or more prior chemotherapies. All patients received Rubraca orally 600 mg twice daily as monotherapy.

Treatment continued until disease progression or unacceptable toxicity. The primary efficacy outcome measure of both studies was objective response rate (ORR) as assessed by the investigator according to Response Evaluation Criteria in Solid Tumors (RECIST) version 1.1. 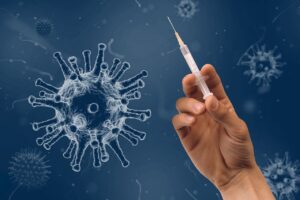