Dermira has secured fast track designation from the US Food and Drug Administration (FDA) for lebrikizumab for the treatment of moderate-to-severe atopic dermatitis.

According to the US biopharma company, lebrikizumab is a monoclonal antibody that can bind with very high affinity with the Interleukin 13 (IL-13) cykotine. Through this mechanism, the antibody is said to specifically inhibit the formation of the IL-13Rα1/IL-4Rα heterodimer complex and subsequent signalling to block the biological effects of IL-13 in a targeted and efficient manner.

IL-13 is considered to be a central pathogenic mediator in atopic dermatitis.

The fast track designation is given by the regulator to ensure that important new therapies are available to patients as soon as possible.

Dermira chairman and CEO Tom Wiggans said: “We are pleased that the FDA granted lebrikizumab its Fast Track designation and recognizes the unmet need for patients living with moderate-to-severe atopic dermatitis and the potential for lebrikizumab to offer a treatment for this serious condition.

“This Fast Track designation puts us one step closer to potentially delivering a new therapeutic option more quickly to patients should the results from earlier Phase 2 studies be confirmed in the ongoing Phase 3 studies assessing the safety, efficacy and tolerability of the investigational therapy.”

Currently, the IL-13 inhibitor is being assessed in two phase 3 trials called ADvocate 1 and ADvocate 2. The goal of the two late-stage trials is to confirm its safety and efficacy in adolescent and adult patients, aged 12 years and older, and having moderate-to-severe atopic dermatitis.

Previously, the investigational drug was evaluated in two phase 2 clinical trials – TREBLE and ARBAN. In the TREBLE study, the IL-13 inhibitor was assessed for its safety and efficacy in combination with topical corticosteroids, while the ARBAN study evaluated it as a monotherapy.

Dermira said that in both the mid-stage studies, data suggested clinical improvements in patients treated with the IL-13 inhibitor.

In August 2017, Dermira signed a deal with Roche to acquire exclusive, worldwide rights for the development and commercialisation of lebrikizumab for atopic dermatitis and all other indications with the exception of idiopathic pulmonary fibrosis and other interstitial lung diseases.

The licensing deal for the IL-13 inhibitor is worth more than $1.3bn. 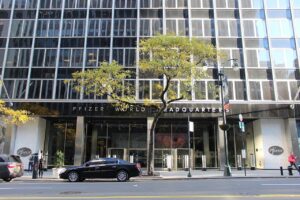