The study is the first in the strategic oncology partnership announced between Daiichi Sankyo and Sarah Cannon, designed to expedite and optimize global clinical development of Daiichi Sankyo’s novel ADCs and other targeted cancer therapies by combining the operational and scientific expertise of both organizations.

DS-7300 is the fourth ADC in clinical development utilizing Daiichi Sankyo’s proprietary DXd technology and was designed to target and deliver chemotherapy inside cancer cells that express the B7-H3 protein. B7-H3 is frequently overexpressed in various types of cancers and has been associated with disease progression and poor prognosis in many tumor types.1 No B7-H3 targeting therapies are currently approved for treatment of any cancer.

“This first-in-human phase 1/2 trial will evaluate the potential for DS-7300 to serve as a new mode of targeted therapy for patients with several types of advanced cancers where the B7-H3 protein is overexpressed,” said Antoine Yver, MD, MSc, EVP & Global Head of Oncology Research and Development, Daiichi Sankyo. “Based on our preclinical assessments, the trial will focus initially on patients with non-small cell lung, head and neck, esophageal, and other cancers. We also will continue to conduct important biomarker and translational research to further assess the role this promising therapeutic target may play in treatment of various cancers.”

“Given the prevalence of B7-H3 in certain tumors, we hope this unique approach will help us to more effectively target a number of cancer types,” said Johanna Bendell, MD, Chief Development Officer, Sarah Cannon. “By combining Sarah Cannon’s expertise in developing novel therapies and Daiichi Sankyo’s capabilities in compound development, we have been able to expand our reach to patients across the U.S. and Japan who vitally need advanced treatment options.”

B7-H3 (B7 homologue 3) is a transmembrane protein belonging to the B7 family. B7-H3 plays a role in tumor growth as well as in immune response.1,2 B7-H3 is highly expressed on various types of tumors including lung, head and neck, esophageal, prostate, endometrial and breast cancers.1 In preclinical studies, DS-7300 demonstrated activity in B7-H3 expressing tumors, and activity was associated with target expression levels.

Based on initial preclinical research into the construct necessary for optimized safety and efficacy in B7-H3 expressing tumors, DS-7300 was engineered with a new proprietary Daiichi Sankyo technology, DAR-controlled conjugation, to create a drug-to-antibody ratio (DAR) of four. The technology has been used also to prepare DS-1062, Daiichi Sankyo’s TROP2 ADC under clinical development in patients with NSCLC who have failed standard of care, including immune checkpoint inhibitors. 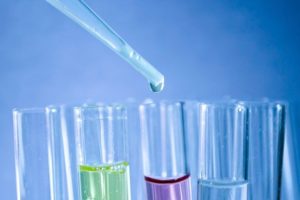