Daiichi Sankyo has signed a global development and commercialisation deal worth up to $6bn with AstraZeneca for its cancer drug candidate DS-1062.

It will be jointly developed and commercialised by Daiichi Sankyo and AstraZeneca across the world with the exclusion of Japan where the former will keep exclusive rights. The Japanese pharma company will be responsible for the manufacturing and supply of DS-1062.

The latest agreement between the parties marks their second international antibody drug conjugate collaboration after a similar deal signed in March 2019 for Daiichi Sankyo’s HER2 directed DXd ADC ENHERTU.

AstraZeneca CEO Pascal Soriot said: “We see significant potential in this antibody drug conjugate in lung as well as in breast and other cancers that commonly express TROP2.

“We are delighted to enter this new collaboration with Daiichi Sankyo and to build on the successful launch of ENHERTU to further expand our pipeline and leadership in oncology. We now have six potential blockbusters in oncology with more to come in our early and late pipelines.”

As per the agreement terms, AstraZeneca will pay an upfront payment of $1bn to the Japanese pharma firm. Daiichi Sankyo will also be eligible for contingent payments of up to $5bn, which will be made up of $1bn for meeting future regulatory milestones, and $4bn for achieving sales-associated targets.

The partners will equally share development and commercialisation costs and also profits from DS-1062 across all the countries barring Japan.

Daiichi Sankyo representative director, president, and CEO Sunao Manabe said: “DS-1062, one of our lead DXd ADCs that will form a pillar of our next mid-term business plan, has the potential to become a best-in-class TROP2 ADC in multiple tumors, including lung and breast cancers.

“This new strategic collaboration with AstraZeneca, a company with extensive experience and significant expertise in the global oncology business, will enable us to deliver DS-1062 to more patients around the world as quickly as possible.” 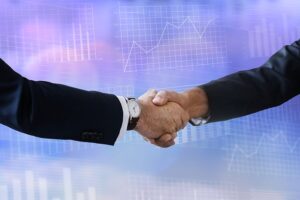