Novartis has secured priority review for its MET inhibitor capmatinib (INC280) from the US Food and Drug Administration (FDA) for the treatment of a type of non-small cell lung cancer (NSCLC).

As per the new drug application (NDA) that has been accepted by the FDA, Novartis is seeking approval for the use of capmatinib as a treatment for first-line and previously treated patients having locally advanced or metastatic MET exon 14 skipping (METex14) mutated NSCLC.

If approved, the Novartis drug candidate is said to become the first treatment that specifically targets METex14 mutated advanced lung cancer, a form of lung cancer that has a particularly poor prognosis.

The priority designation from the FDA reduces its review period to six months from the NDA acceptance compared to ten months taken under the standard review.

Previously, the Swiss pharma company had been granted breakthrough therapy designation for the MET inhibitor.

Capmatinib’s NDA is backed by the data collected from the GEOMETRY mono-1 phase 2 study.

In the mid-stage trial, the MET inhibitor had shown an overall response rate of 67.9% and 40.6% among treatment-naïve and previously treated patients, respectively. The data was based on the Blinded Independent Review Committee (BIRC) assessment per RECIST v1.1.

The GEOMETRY mono-1 also showed that the MET inhibitor gave durable responses among all patients with a median duration of response at 11.14 months in treatment-naïve patients and 9.72 months in previously treated patients.

Novartis global drug development head and chief medical officer John Tsai said: “We are extremely encouraged by the FDA’s Priority Review designation for capmatinib, a MET inhibitor that may be a major treatment advance for patients with this particularly aggressive form of lung cancer.

“Results of the GEOMETRY mono-1 trial clearly identify METex14 as an oncogenic driver and we are inspired to bring capmatinib, potentially the first METex14 targeted therapy, to patients and to reimagine medicine and outcomes for people with lung cancer.”

Capmatinib was licensed to the Swiss pharma company by Incyte in 2009. As per the licensing agreement, Incyte granted Novartis worldwide exclusive development and commercialisation rights to the MET inhibitor and certain back-up compounds across all indications. 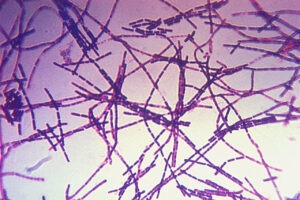