Boehringer Ingelheim has signed a collaboration and license agreement with South Korean pharma company Yuhan, potentially worth up to $870m (£689m), for the latter’s fusion protein for the treatment of Nonalcoholic Steatohepatitis (NASH) and related liver diseases.

The fusion protein, which is being developed for NASH, utilises the HyFc technology of Genexine. It has been developed in-house by South Korean pharma company.

The fusion protein is a dual agonist that combines GLP-1 and FGF21 activity. It is expected to reduce liver cell injury and also hepatic inflammation through resolution of steatohepatitis.

The molecule, which is also said to have direct antifibrotic effects, complements the research and development (R&D) portfolio of Boehringer Ingelheim in NASH. The partners said that preclinical evidence indicates high efficacy when the gut-derived hormone GLP-1 is combined with FGF21.

The collaboration combines the expertise of the Korean firm in FGF21 biology, obesity and NASH, with the pharmaceutical expertise and commitment of Boehringer Ingelheim to develop drugs for cardiometabolic diseases.

Boehringer Ingelheim board of managing directors member Michel Pairet said: “We are excited about this new opportunity which adds to our longstanding and successful partnership with Yuhan Corporation.

“This partnership brings us closer to next generation treatments for patients with NASH.”

As per the terms of the agreement, Yuhan will be paid $40m (£31.67m) as upfront and near term payments by the German pharma company. Additionally, the company will be entitled to be paid up to $830m (£657.22m) in potential milestone payments and tiered royalties on net sales in the future.

For Yuhan, the collaboration with Boehringer Ingelheim on the molecule marks the first external partnership with biologics. Apart from that, it is also the first out-licensing of biologics targeting NASH from South Korea.

Yuhan CEO and president Jung Hee Lee said: “We look forward to working jointly with Boehringer Ingelheim, with its strong track record of bringing new treatments to patients with cardiometabolic disease. Boehringer Ingelheim’s clinical expertise will now be applied to the development of this drug which has the potential to make a real difference for patients with NASH.” 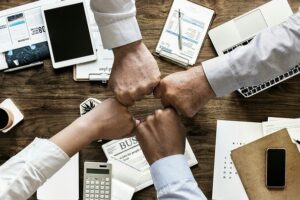