Zymeworks and BeiGene have entered into a collaboration for the clinical development and commercialization of the former’s investigational ZW25 and ZW49 HER2-targeted bispecific antibodies.

In addition, Zymeworks granted BeiGene a license to Zymeworks’ proprietary Azymetric and EFECT platforms to develop and commercialize globally up to three other bispecific antibodies using the platforms.

License and Collaboration for ZW25 and ZW49

Zymeworks retains full rights to both ZW25 and ZW49 outside of the specified countries and will continue to lead global development of these drug candidates.

Zymeworks president and CEO Ali Tehrani said: “Partnering with BeiGene was a key component of our development and commercialization strategy for ZW25 and ZW49.

“This collaboration allows Zymeworks to leverage BeiGene’s resources and expertise to accelerate the development of our most advanced product candidates and broaden our reach globally including in a key region of the world.”

“Our deep clinical experience in China is an integral part of our business development efforts, as these trial data can be used to support global regulatory filings. We are excited by the clinical prospects of ZW25 and ZW49 in HER2-expressing cancers.”

“We are looking forward to collaborating with BeiGene and benefiting from their extensive experience in oncology drug development in China and elsewhere.

“We expect that this collaboration will accelerate the development of ZW25 and ZW49 as potential new therapies for patients with HER2-expressing solid tumors, including gastric, breast and other cancers.”

In addition to the license and collaboration agreements for ZW25 and ZW49, Zymeworks and BeiGene entered into a separate research and license agreement for Zymeworks’ proprietary Azymetric and EFECT platforms, under which BeiGene will have global rights to research, develop and commercialize up to three bispecific antibody therapeutics directed to targets selected by BeiGene.

BeiGene will be responsible for all research, development, and commercial activities under this agreement.

Under the terms of the license and collaboration agreements for ZW49 and ZW25, Zymeworks will receive total upfront payments of US$40 million and is eligible to receive up to US$390 million in development and commercial milestone payments for both product candidates.

In addition, Zymeworks will be eligible to receive tiered royalties on future sales of ZW25 and ZW49 in the licensed territory.

Under the terms of the research and license agreement for the Azymetric and EFECT platforms, Zymeworks will receive an upfront payment of US$20 million and is eligible to receive up to an aggregate of US$702 million in development and commercial milestone payments for up to three bispecific product candidates developed under the agreement.

In addition, Zymeworks will be eligible to receive tiered royalties on future global sales of bispecific products developed by BeiGene under the agreement. 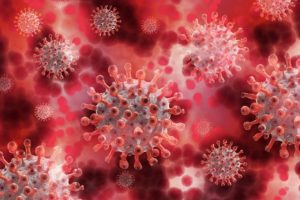