AstraZeneca said that Farxiga (dapagliflozin) has succeeded in a phase 3 trial in chronic kidney disease (CKD) by meeting all its primary and secondary endpoints.

In the DAPA-CKD trial that featured 4,304 adult patients, Farxiga 10mg, when compared to placebo, delivered a statistically significant and clinically meaningful impact on its primary endpoint of a composite of deterioration of renal function or risk of death.

The late-stage trial, which met all the secondary endpoints, had enroled patients having chronic kidney disease stages 2–4 with elevated urinary albumin excretion, and with and without type-2 diabetes.

Farxiga was administered once daily along with standard of care in the DAPA-CKD trial and is claimed by AstraZeneca to be the first drug to have considerably brought down the risk of death from any cause, which is one of the secondary endpoints.

The other secondary endpoints of the late-stage trial are the time taken for first occurrence of the renal composite, and the composite of cardiovascular death or heart failure (hHF).

Farxiga’s safety and tolerability profile during the DAPA-CKD trial was found to be on par with its well-established safety profile.

As announced in March 2020 by AstraZeneca, the DAPA-CKD clinical trial was stopped early based on an independent data monitoring committee’s recommendation which was based on the overwhelming efficacy observed in patients subjected to the company’s drug.

AstraZeneca biopharmaceuticals research and development executive vice president Mene Pangalos said: “DAPA-CKD is the first trial to demonstrate overwhelming efficacy, including improvement on survival, in chronic kidney disease patients both with and without type-2 diabetes.

“We look forward to sharing these exciting Farxiga results with the scientific community and health authorities worldwide.”

The drug, which has to be taken orally, daily once, has been designed to preferentially inhibit the human sodium-glucose co-transporter 2 (SGLT2). It has approval from the US Food Drug and Administration (FDA) as a monotherapy and in combination therapy as well to boost glycaemic control, as an adjunct to diet and exercise in adults suffering from type-2 diabetes.

In May 2020, Farxiga was also approved by the FDA for treating heart failure in patients with heart failure with reduced ejection fraction with and without type-2 diabetes. 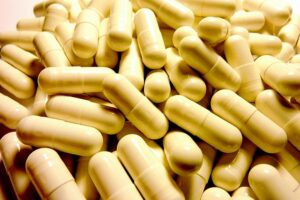