AstraZeneca to sell anti-psychotic medicines rights in Europe and Russia

AstraZeneca has signed an agreement to sell Seroquel medicine rights in Europe and Russia to Cheplapharm Arzneimittel for around $239m.

The compound patent protection for Seroquel and Seroquel XR has been lost in Europe and Russia.

During a transition period, AstraZeneca will continue to manufacture and distribute Seroquel and Seroquel XR to Cheplapharm.

As per terms of the agreement, AstraZeneca will receive an upfront payment of $178m from Cheplapharm, as well as future sales-contingent payments of up to $61m.

According to AstraZeneca, the income generated from the upfront and future payments will be reported in the company’s financial statements within other operating income and expense.

In 2018, Seroquel generated annual product sales of $47m in the markets covered under the deal, while Seroquel XR generated $61m.

Subject to customary closing conditions and regulatory clearances, the deal is expected to be completed in the fourth quarter of this year.

“It forms part of our strategy of reducing the portfolio of mature medicines to enable reinvestment in our main therapy areas.”

Earlier, AstraZeneca also divested the rights of Seroquel and Seroquel XR in the UK, Japan and other major international markets.

AstraZeneca has previously disposed of the rights to Seroquel and Seroquel XR in the UK, Japan and other major international markets.

In 2018, AstraZeneca agreed to sell the rights to its Seroquel schizophrenia treatment to China-based Luye Phara for $538m.

The deal gives Luye the rights to Seroquel and Seroquel XR in the UK, China and other international markets, including Brazil, Australia, Saudi Arabia, Mexico, South Korea, Thailand, Argentina, Malaysia and South Africa. 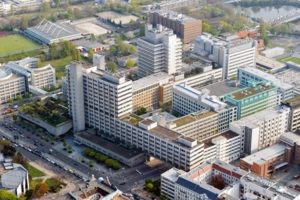 Bayer to commercialise Daré’s monthly contraceptive Ovaprene in US