The approval for Symbicort Turbuhaler (budesonide/formoterol 160/4.5mcg) was based on the positive results from SYGMA 1 and SYGMA 2 Phase III trials, which evaluated the efficacy of the drug used as an anti-inflammatory reliever, on an as-needed basis, compared to standard of care (SoC) therapies in mild asthma.

Symbicort Turbuhaler combines an ICS that treats underlying inflammation with a long-acting beta2-agonist (LABA) bronchodilator, which offers fast action within a single inhaler.

AstraZeneca claims that Symbicort is the first dual-combination therapy to have been approved in the country as an anti-inflammatory reliever for treating mild asthma.

It is also approved for treating mild asthma in 35 countries, while regulatory reviews are presently ongoing in others.

AstraZeneca BioPharmaceuticals R&D, executive vice-president Mene Pangalos said: “Everyone with asthma is at risk of an attack, regardless of their age, disease severity, adherence to treatment or level of control.

“This approval means people with mild asthma in China can now take Symbicort Turbuhaler as an anti-inflammatory reliever to treat their symptoms and also to reduce the likelihood of an attack by treating the underlying inflammation in their airways. This approval builds on Symbicort’s established role in treating moderate to severe disease.”

As a chronic, inflammatory disease asthma can cause attacks and symptoms such as breathlessness and wheezing. It affects an estimated 46 million adults in China, including nearly 34 million with mild asthma.

Worldwide as many as 339 million adults and children are affected by this disease. 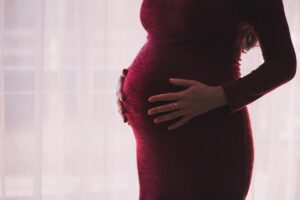