Amneal Pharmaceuticals has signed an agreement to acquire a majority stake in generic pharmaceuticals provider AvKARE for an implied enterprise value of $340m.

Under the deal, Amneal will acquire a 65.1% stake in AvKARE and its related affiliate conducting business as R&S Northeast.

AvKARE is a private label provider of generic pharmaceuticals in the US federal agency sector.

AvKARE, a licenced manufacturer and wholesaler of pharmaceuticals products, serves different customers that include government and commercial sectors.

AvKARE works with over 50 generic pharmaceutical vendors to provide a range of specially packaged products under its own labels.

The acquisition of AvKARE will allow Amneal to expand its existing presence in the Department of Veterans Affairs (VA) and DoD generics market. AvKARE is the second-largest VA and DoD generic pharmaceutical reseller in the US.

Subject to the satisfaction of customary closing conditions and approval from relevant regulatory agencies, the deal is expected to be completed in early 2020.

AvKARE will run on a standalone basis as an independent subsidiary of Amneal, upon completion of the transaction.

Amneal co-founders and co-chief executive officers Chirag Patel and Chintu Patel said: “When we re-joined Amneal as Co-CEOs in August, we outlined a vision for our long-term strategy.

“While we remain extremely focused on organic growth, we also recognized that M&A would be a key element of our growth story, and that we would pursue the right opportunities that strategically fit our business.”

In 2017, Amneal Pharmaceuticals agreed to buy Impax Laboratories in an all-stock deal to create a diversified pharmaceutical firm. 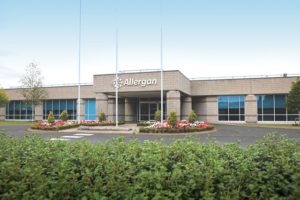