A committee of the US Food and Drug Administration (FDA) has voted in favour of the use of Aimmune Therapeutics’ AR101 for the treatment of peanut allergy in children and teens.

The Allergenic Products Advisory Committee (APAC) voted seven to two that the efficacy data and eight to one that the safety data, along with other safeguards, are enough to support the use of AR101 for the treatment of peanut allergy.

Aimmune Therapeutics proposes to use the trade name PALFORZIA for the biologic oral immunotherapy (OIT) candidate, which is derived from peanuts.

The drug candidate has been designed to bring down the incidence and severity of allergic reactions such as anaphylaxis following accidental exposure to peanut in people in the 4-17 years age group with a confirmed diagnosis of the food allergy.

Aimmune president and CEO Jayson Dallas said: “We are very pleased that APAC voted in favor of PALFORZIA. This is an important day for the children, teens and their families who live with the profound daily impact of peanut allergy. We look forward to continuing to work with the FDA as we move towards a potential approval of PALFORZIA.

“We are immensely grateful to the entire food allergy community for helping us bring PALFORZIA one step closer to becoming the first FDA-approved treatment for any food allergy.”

Aimmune is pursuing approval of its drug candidate for the treatment of children and adolescents with peanut allergy.

Currently, Aimmune’s drug candidate is being reviewed by the FDA, which is expected to take a decision in late January 2020. AR101 has been granted fast track designation by the FDA in September 2014 and breakthrough therapy designation the following year for peanut-allergic children and adolescents aged 4 to 17.

Additionally, the drug candidate for peanut allergy is being reviewed by the European Medicines Agency (EMA).

AR101 met the primary endpoints in certain phase 3 clinical trials held in more than 1,000 children and teens with peanut allergy. Results from the late-stage trials showed that AR101 significantly increased the amount of peanut protein tolerated in comparison to placebo.

Also, patients treated with the drug candidate could expect fewer and less severe reactions to accidental peanut exposures compared to those in the placebo arm. 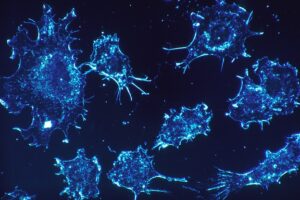