Aadi Bioscience announced that the company has initiated submission of a rolling New Drug Application (NDA) to the U.S. Food and Drug Administration (FDA) for the treatment of advanced (metastatic or locally advanced) malignant PEComa (perivascular epithelioid-cell tumor) – a rare form of sarcoma driven by mTOR activation for which there is currently no approved therapy.

The company expects to complete the NDA submission in the 4th quarter of 2020.

“Following receipt of Breakthrough Therapy, Fast Track, and Orphan Designations, the initiation of the NDA submission for nab-sirolimus is an important milestone for Aadi and a step towards the goal of treating high unmet need diseases with established mTOR pathway activation,” said Neil Desai, Ph.D., Chief Executive Officer of Aadi. “We are proud to have completed the AMPECT Study, the first prospective clinical trial for advanced PEComa, and will continue to work expeditiously to complete the submission and bring this potential new therapy to patients.”

The median duration of response has not yet been reached (range 5.6 to 42.4+ months, with 50% of the responders having a response duration that is 25.8 months or longer) and the majority of the responders are still on treatment. The response rate in the patients with metastatic disease was 46% (12/26, 95% CI: 27%-67%) and in the patients with locally advanced, inoperable disease, 2/5 (40%) were able to undergo surgery following tumor shrinkage and currently remain disease-free in excess of 3 years.

The median progression-free survival was 8.9 months (95% CI : 5.5 – not reached) and the 1 year overall survival rate was 89%. In an exploratory analysis of the subset of patients with TSC2 mutations, the independently reviewed response rate was 89% (95% CI: 57%-99%). The safety of nab-sirolimus was considered acceptable in this population, with the safety profile being consistent with that for the class of mTOR inhibitors. nab-sirolimus has received Breakthrough Therapy, Fast Track and Orphan Designations from the FDA. 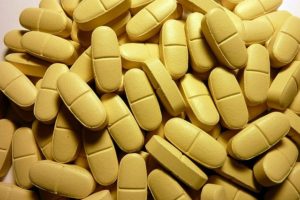