Terns recently completed a Phase 1 clinical study of TERN-201, which demonstrated that single and multiple oral administrations of TERN-201 were well tolerated with no significant safety findings observed. Each dose level studied showed potent target engagement and achieved near complete inhibition of plasma SSAO activity that was maintained up to one week after single dose or repeat dose administrations of TERN-201.

“TERN-201 is now our second NASH program to receive Fast Track designation, following after TERN-101, which will help us rapidly advance our industry-leading NASH pipeline,” said Erin Quirk, M.D., President and Chief Medical Officer of Terns. “Prior study of SSAO inhibition in NASH patients has demonstrated significant improvement in markers of liver injury and cell death. Terns has confidence that TERN-201 has the potential to be a best-in-class SSAO inhibitor, which could greatly benefit people living with NASH and other inflammatory diseases, and we look forward to advancing it to studies in NASH patients early next year.”

The FDA Fast Track designation is designed to facilitate the development and expedite the review of drugs to treat serious conditions to fulfill an unmet medical need, ultimately enabling drugs to reach patients more rapidly. A drug or treatment regimen that receives Fast Track designation may be eligible for more frequent interactions and communications with the FDA on matters related to the drug’s clinical development plan as well as eligibility for accelerated approval and priority review.

SSAO, also known as VAP-1 (Vascular Adhesion Protein-1), is a dual-function amine oxidase which increases oxidative stress and promotes recruitment of white blood cells in the liver, which results in inflammation and hepatic fibrosis. The level of surface SSAO is upregulated in the vasculature of inflamed tissues, and soluble SSAO levels are elevated in patients with NASH. Inhibition of SSAO is believed to have therapeutic benefit for the treatment of NAFLD, NASH, and other chronic fibrotic liver diseases.

TERN-201 is a potent SSAO inhibitor which provides an additional treatment mechanism for NASH by reducing oxidative stress and recruitment of white blood cells to the liver. TERN-201 is highly specific for SSAO, with a preferential in vitro selectivity index to SSAO over off-target monoamine oxidases (MAO) of >7,000-fold. Certain MAOs could be associated with potential drug-drug interactions in the NASH patient population.

Non-alcoholic steatohepatitis (NASH) is a severe form of non-alcoholic fatty liver disease (NAFLD), which is caused by the accumulation of excess fat in the liver. NASH is associated with chronic liver inflammation and liver cell injury, and it can lead to fibrosis, cirrhosis, and eventually liver cancer or liver failure. Global rates of NAFLD and NASH are increasing rapidly, in tandem with rising rates of obesity. There is currently no approved medication for the treatment of NASH. 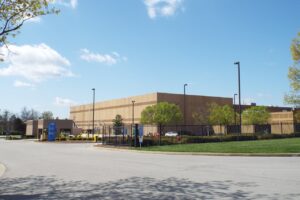