The cash-cum-stock deal between Takeda and Shire was signed in May 2018 in a move to create a global, values-based research and development (R&D) driven biopharma company headquartered in Japan.

Takeda is also into R&D activities in oncology, gastroenterology, neuroscience and other therapeutic areas. It is also engaged in the development of vaccines.

Takeda president and CEO Christophe Weber said: “We appreciate the support of our employees, partners and shareholders throughout the process.

“This marks a significant moment in Takeda’s history and is an exciting step forward as we accelerate our transformation journey to deliver highly-innovative medicines to patients around the world with expanded scale and geographical footprint.”

As per the terms of the deal, the Japanese pharma company agreed to pay $30.33 in cash for each share of the Irish company in addition to either 0.839 new Takeda shares or 1.678 Takeda American depositary shares (ADSs).

The deal has been closed several months earlier than expected. Last month, it got the approval from Shire’s shareholders.

In November 2018, the European Commission (EC) approved the deal on the condition that Takeda and Shire sell the compound SHP647 and certain associated rights. Prior to that, in the same month, Takeda secured an unconditional approval from the US Federal Trade Commission (FTC) for the deal.

Likewise, the deal was approved by the Japan Fair Trade Commission, the State Administration for Market Regulation in China and the Brazilian Administrative Council for Economic Defense, and other regulatory authorities, last year.

In another development, Takeda entered into new research collaborations in immuno-oncology to fast track the discovery of cancer immunotherapies, including novel cell therapies that could address the requirements of patients with hard-to-treat cancers. 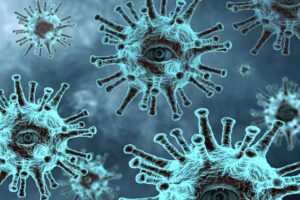