The study has achieved the primary endpoint by demonstrating Kadcyla as a single agent significantly reduced the risk of disease recurrence or death compared to Herceptin as an adjuvant treatment in people with HER2-positive eBC who have residual disease present following neoadjuvant treatment.

The Katherine study assessed the people with HER2-positive eBC who did not achieve a pathological complete response to neoadjuvant treatment.

The international, multi-center, two-arm, randomized, open-label and phase III study was designed to evaluate the the efficacy and safety of Kadcyla against Herceptin as an adjuvant therapy in people with HER2-positive eBC who have pathological residual disease in the breast or axillary lymph nodes following neoadjuvant therapy that included Herceptin and taxane-based chemotherapy.

According to the company, the primary endpoint of the study is iDFS that is defined as the time from randomisation to invasive breast cancer recurrence or death from any cause and secondary endpoints include disease-free survival and overall survival.

Kadcyla combines two anti-cancer properties through a stable linker, including HER2-targeting properties of trastuzumab and the chemotherapy agent DM1.

It is claimed to be the only ADC approved as a single agent in 104 countries, including the US and EU, to treat people with HER2-positive metastatic breast cancer who have previously received Herceptin and taxane chemotherapy, separately or in combination.

Roche licenses technology for Kadcyla as part of an agreement with ImmunoGen.

“We look forward to discussions with regulatory authorities with the goal of bringing this new treatment option to patients as soon as possible.” 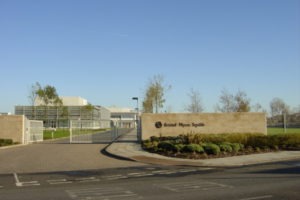