Phathom Pharmaceuticals, a late clinical-stage biopharmaceutical company focused on developing and commercializing novel treatments for gastrointestinal diseases, announced today the initiation of PHALCON-EE, the Company’s pivotal Phase 3 clinical trial of vonoprazan for both the healing and maintenance of healing of erosive esophagitis (EE) as well as the relief of heartburn.

PHALCON-EE is a randomized, double-blind, two-phase, multicenter Phase 3 trial that is planned to enroll approximately 1,000 patients with EE in the U.S. and Europe. The first phase of the trial will evaluate the efficacy and safety of vonoprazan 20 mg administered once-daily (QD) compared to lansoprazole 30 mg QD for the healing of EE for up to eight weeks.

The second phase of the trial will evaluate the efficacy and safety of vonoprazan 10 mg QD and 20 mg QD compared to lansoprazole 15 mg QD for the maintenance of healing of EE for 24 weeks. Both phases will also evaluate heartburn symptoms.

“We’re pleased to have dosed the first patient in the PHALCON-EE study, a critical milestone in our mission to improve the lives of patients with acid-related disorders,” said Azmi Nabulsi, MD, Chief Operating Officer of Phathom.

“Vonoprazan, if successfully developed and approved for the healing and maintenance of healing of erosive esophagitis, as well as heartburn relief in those patients, would be the first new class of medicine available to patients in the U.S. and Europe in this category in over 30 years. We believe vonoprazan has the potential to become an important treatment alternative for the millions of patients not well-treated with the current standard of care.”

Erosive Esophagitis (EE) is a major type of gastroesophageal reflux disease (GERD) characterized by erosions in the gastric mucosa caused by acidic reflux of stomach contents into the esophagus.

There are estimated to be over 65 million individuals with GERD in the U.S., of which approximately 30% have EE. In addition to experiencing troubling heartburn symptoms, patients with inadequately treated EE may progress to more severe diseases including Barrett’s esophagus and esophageal cancer.

Vonoprazan, is an oral small molecule potassium competitive acid blocker (P-CAB). P-CABs are a novel class of medicines that block acid secretion in the stomach. Vonoprazan has shown rapid, potent, and durable anti-secretory effects and has demonstrated clinical benefits over standard of care treatments as a single agent in the treatment of gastroesophageal reflux disease (GERD), and in combination with antibiotics for the treatment of Helicobacter pylori (H. pylori) infection.

Phathom in-licensed the U.S., European, and Canadian rights to vonoprazan from Takeda, which completed 17 Phase 3 trials for vonorpazan and received marketing approval in Japan and eight other countries in Asia and Latin America. 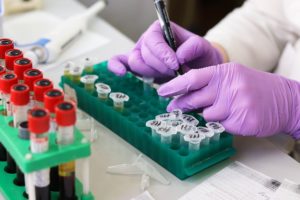