The indication the CHMP adopted is for TALZENNA as monotherapy for the treatment of adult patients with germline breast cancer susceptibility gene (gBRCA)1/2-mutations, who have human epidermal growth factor receptor 2-negative (HER2-) locally advanced (LA) or metastatic breast cancer (MBC).

Patients should have been previously treated with an anthracycline and/or a taxane in the (neo)adjuvant, locally advanced or metastatic setting unless patients were not suitable for these treatments. Patients with hormone receptor-positive (HR+) breast cancer should have been treated with a prior endocrine-based therapy, or be considered unsuitable for endocrine-based therapy.

The positive CHMP opinion of TALZENNA follows the medicine’s approval by the U.S. Food and Drug Administration (FDA) in October 2018.1

“There is a pressing need for new, effective medicines that are specifically developed for patients with an inherited BRCA mutation who are often diagnosed at a younger age and have limited options for the treatment of advanced-stage disease,” said Chris Boshoff, M.D., Ph.D., Chief Development Officer, Oncology, Pfizer Global Product Development.

“Results from the EMBRACA trial provide evidence supporting the use of TALZENNA in these patients, and we look forward to working with the European Commission to potentially offer an alternative treatment option to chemotherapy.”

The CHMP’s opinion for TALZENNA, which was acquired as part of Pfizer’s acquisition of Medivation, will now be reviewed by the European Commission.

The Marketing Authorization Application was submitted based on results from the EMBRACA trial, the largest Phase 3 trial performed to date of a PARP inhibitor in patients with gBRCA-mutated LA or MBC. This Phase 3, open-label, randomized trial evaluated once-daily TALZENNA compared to physician’s choice standard chemotherapy (capecitabine, eribulin, gemcitabine or vinorelbine) in patients with an inherited BRCA1/2 mutation and triple-negative or HR+/HER2- LA or MBC who may have received up to three prior cytotoxic chemotherapy regimens for their advanced disease.

A total of 431 patients were enrolled at 145 sites in 16 countries, including 190 patients in European countries such as Belgium, France, Germany, Ireland, Italy, Poland, Spain and the United Kingdom.

Talazoparib is an inhibitor of PARP enzymes, which play a role in DNA repair. Preclinical studies suggest that talazoparib may work by blocking PARP enzyme activity and trapping PARP at the site of DNA damage, leading to decreased cancer cell growth and cancer cell death.

In addition to gBRCA-mutated LA or MBC, talazoparib also is being evaluated in several ongoing clinical trials in breast and other cancers, including early triple-negative breast cancer and prostate cancer, as well as other novel combinations with targeted therapies and studies with immunotherapy in various solid tumors. 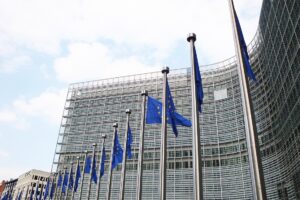