Onspira Therapeutics has secured orphan drug designation from the US Food and Drug Administration (FDA) for its investigational product, OSP-101, to treat Bronchiolitis Obliterans (BO).

BO is a progressive inflammatory condition resulting in airflow obstruction and loss of function in the lung and is considered a form of chronic rejection. There are no currently approved drugs for the treatment of BO. OSP-101 is the first and only inhaled interleukin-1 receptor antagonist (IL-1Ra).

Bronchiolitis obliterans (BO) is the leading cause of morbidity and mortality in the lung transplant population.

More than 50 percent of patients develop the condition within five years post-transplant and this increases to nearly 80 percent by 10 years. In addition, BO can occur following hematopoietic stem cell transplantation, and it can also be caused by exposure to certain chemicals.

Onspira Therapeutics president and CEO Brian Lortie said: “We are very pleased that FDA granted Orphan Drug Designation to OSP-101 for the treatment of Bronchiolitis Obliterans (BO). This is a significant milestone for Onspira, and we look forward to advancing the clinical program in coordination with the FDA and our advisors.

“BO is a relentless, progressive disease which causes significant mortality in affected patients, and our team is highly focused on providing an effective therapy to improve their lives.”

The FDA’s Office of Orphan Products Development (OOPD) designates orphan status to drugs and biologics intended for the treatment of rare diseases or conditions that affect fewer than 200,000 people in the United States.

The designation provides certain benefits to the drug developer including the potential for seven years of market exclusivity upon FDA approval, prescription drug user fee waivers and tax credits for qualified clinical trials. 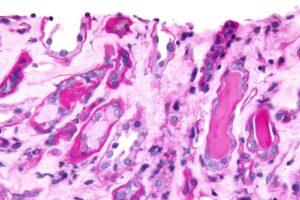