Moderna has announced that it has received written confirmation from the European Medicines Agency (EMA) that mRNA-1273, the Company’s vaccine candidate against COVID-19, is eligible for submission of an application for a European Union Marketing Authorization under the Agency’s centralized procedure.

Confirmation of eligibility was given in response to the submission of a letter of intent enabling Moderna to evaluate the opportunity for submitting a Marketing Authorization Application (MAA) for mRNA-1273 with the EMA. This submission follows positive results from a preclinical viral challenge study and the positive interim analysis of the Phase 1 study of mRNA-1273 in healthy adults (ages 18-55 years) and older adults (ages 56-70 and 71+) published in the New England Journal of Medicine.

“We are pleased with the productive interactions with the European regulatory authorities at the National level and at the EMA level to date and we appreciate their valuable guidance and confidence in Moderna to pursue an MAA submission for approval in Europe for our COVID-19 vaccine candidate, mRNA-1273. European partners, investors and citizens have been part of Moderna from the beginning of the company and have played an important role in Moderna’s progress,” said Stéphane Bancel, Moderna’s Chief Executive Officer. “We are committed to developing a safe and effective vaccine following the guidance of regulatory agencies and we will continue our ongoing dialogue with the EMA. Moderna is scaling up global manufacturing to be able to deliver approximately 500 million doses per year and possibly up to 1 billion doses per year, beginning in 2021.”

In Europe, the Company is working with its strategic manufacturing partners, Lonza of Switzerland and ROVI of Spain, for manufacturing and fill-finish outside of the United States. This is a dedicated supply chain to support Europe and countries other than the United States that enter into purchase agreements with Moderna.

The Phase 1 interim analysis showed that mRNA-1273 was generally well-tolerated across all age groups and induced rapid and strong immune responses against SARS-CoV-2. In the 18-55 age group, neutralizing antibody titers were observed in 100% of evaluated participants and at the 100 µg dose level selected for Phase 3, the geometric mean titers were above those seen in convalescent sera. Similarly, mRNA-1273 induced consistently high levels of pseudovirus neutralization antibody titers in all participants in the 56-70 and 71+ age groups. In addition, vaccination with mRNA-1273 elicited Th1-biased CD4 T cell responses in all age groups.

mRNA-1273 is currently being studied in a Phase 3 randomized, 1:1 placebo-controlled trial of 30,000 participants at the 100 µg dose level in the U.S. As of Friday, October 9, the Phase 3 COVE study has enrolled approximately 28,618 participants with more than 22,194 having received their second vaccination. 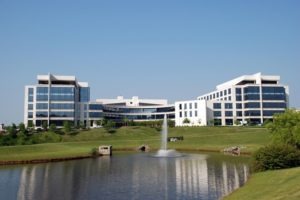