“We were grateful for the opportunity to present the clinical data package for our mRNA vaccine against COVID-19 to the FDA’s advisory committee today. We thank the committee for their review and for their positive recommendation in support of Emergency Use Authorization,” said Stéphane Bancel, Chief Executive Officer of Moderna.

“We have been working with the U.S. Centers for Disease Control and Prevention and Operation Warp Speed to prepare for the distribution of mRNA-1273, if the FDA chooses to grant an Emergency Use Authorization. We look forward to getting our vaccine to people in the U.S. to help address this ongoing public health emergency.”
The VRBPAC based its recommendation on the totality of scientific evidence shared by the Company, including a data analysis from the pivotal Phase 3 clinical study announced on November 30. The primary efficacy analysis conducted on 196 cases indicated a vaccine efficacy rate of 94.1%.

The most common solicited adverse reactions (ARs) after the two-dose series included injection site pain (88.2%), erythema (8.6%), swelling (12.2%), and ipsilateral lymphadenopathy (14.2%). While the majority of these ARs were grade 1 (mild) or grade 2 (moderate), there was a higher occurrence of grade 3 (severe) reactions in the mRNA-1273 group and after the second injection. The majority of local solicited ARs occurred within the first one to two days after injection and generally persisted for a median of one to two days.

Safety data continue to accrue, and the study continues to be monitored by an independent Data Safety Monitoring Board (DSMB) appointed by the National Institutes of Health (NIH). All participants in the COVE study will be monitored for two years after their second dose to assess long-term protection and safety.

The Phase 3 study, known as the COVE study, enrolled more than 30,000 participants in the U.S. and is being conducted in collaboration with the National Institute of Allergy and Infectious Diseases (NIAID) and the Biomedical Advanced Research and Development Authority (BARDA), part of the Office of the Assistant Secretary for Preparedness and Response at the U.S. Department of Health and Human Services.
FDA advisory committees provide non-binding recommendations. The FDA will take the VRBPAC’s recommendation into consideration in making a final decision on approval or authorization. Under an EUA, the FDA has the authority to allow unapproved medical products or unapproved uses of approved medical products to be used in an emergency to diagnose, treat, or prevent serious or life-threatening diseases or conditions during a declared public health emergency when there are no adequate, approved, and available alternatives.

Also presented at today’s VRBPAC meeting, Moderna has expanded the handling guidance for mRNA-1273 to include local transport under controlled conditions in a liquid state at 2-8°C (36° to 46°F). In some cases, this may be the only practical means of distribution from clinics and for remote locations. This important update will help facilitate distribution to the final site of administration. Recognizing that shipping and handling of product can be a barrier to vaccination, Moderna remains committed to supporting efficient distribution. 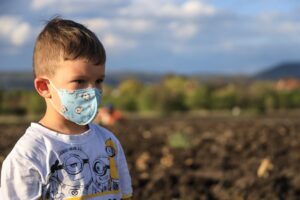