Moderna, a new generation of transformative medicines for patients, today announced a supply agreement with the UK government to supply mRNA-1273, its Covid-19 vaccine candidate, beginning in March 2021 if it is approved for use by UK regulatory authorities.

This agreement comes as the UK continues its efforts to secure access to safe and effective COVID-19 vaccines.

“We appreciate the collaboration with the UK Government as with many other governments and other key partners around the world,” said Stéphane Bancel, CEO of Moderna. “For almost a decade, Moderna has invested in creating and developing a novel platform for designing and manufacturing a new class of mRNA-based vaccines. We are proud of our progress including the positive first interim analysis from our Phase 3 COVE study recently released. As we advance the clinical development of mRNA-1273, this continues to be a pivotal moment for us all.”

Yesterday, Moderna announced that the independent, U.S. NIH-appointed Data Safety Monitoring Board (DSMB) for the Phase 3 study of mRNA-1273, has informed Moderna that the trial has met the statistical criteria pre-specified in the study protocol for efficacy, with a vaccine efficacy of 94.5%.

This study, known as the COVE study, enrolled more than 30,000 participants in the U.S. and is being conducted in collaboration with the National Institute of Allergy and Infectious Diseases (NIAID), part of the National Institutes of Health (NIH), and the Biomedical Advanced Research and Development Authority (BARDA), part of the Office of the Assistant Secretary for Preparedness and Response at the U.S. Department of Health and Human Services.

On October 27, 2020, Moderna received confirmation that the Medicines and Healthcare products Regulatory Agency (MHRA) in the United Kingdom started the rolling review process of mRNA-1273.

The investments in this proprietary platform have enabled Moderna to expeditiously create, manufacture and clinically develop mRNA-1273 in support of the global response to the current COVID-19 pandemic. Moderna continues to scale up its global manufacturing to be able to deliver approximately 500 million doses per year and possibly up to 1 billion doses per year, beginning in 2021.

The Company is working with its strategic manufacturing partners, Lonza of Switzerland and ROVI of Spain, for manufacturing and fill-finish outside of the United States. This is a dedicated supply chain to support Europe and countries other than the United States that enter into purchase agreements with Moderna.

The trial will continue to accrue additional data relevant to safety and efficacy even after an EUA is submitted. The final estimates of vaccine efficacy for both primary and secondary endpoints will depend on the totality of data that will accumulate to inform the final analysis.

The Phase 3 COVE study was designed in collaboration with the FDA and NIH to evaluate Americans at risk of severe COVID-19 disease and completed enrollment of 30,000 participants ages 18 and older in the U.S. on October 22, including those at high risk of the severe complications of COVID-19 disease. The COVE study includes more than 7,000 Americans over the age of 65.

It also includes more than 5,000 Americans who are under the age of 65 but have high-risk chronic diseases that put them at increased risk of severe COVID-19, such as diabetes, severe obesity and cardiac disease. These medically high-risk groups represent 42% of the total participants in the Phase 3 COVE study. The study also included communities that have historically been under-represented in clinical research and have been disproportionately impacted by COVID-19. The study includes more than 11,000 participants from communities of color, representing 37% of the study population, which is similar to the diversity of the U.S. at large. This includes more than 6,000 participants who identify as Hispanic or LatinX, and more than 3,000 participants who identify as Black or African American.

mRNA-1273 is an mRNA vaccine against COVID-19 encoding for a prefusion stabilized form of the Spike (S) protein, which was co-developed by Moderna and investigators from NIAID’s Vaccine Research Center. The first clinical batch, which was funded by the Coalition for Epidemic Preparedness Innovations, was completed on February 7, 2020 and underwent analytical testing; it was shipped to the NIH on February 24, 42 days from sequence selection. 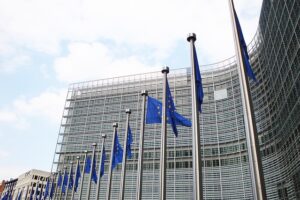