The Janssen Pharmaceutical Companies of Johnson & Johnson has secured approval from the US Food and Drug Administration (FDA) for its Spravato (esketamine) CIII nasal spray for adults with treatment-resistant depression (TRD).

The approval has been granted for Spravato for use in conjunction with an oral antidepressant in adults with TRD, who have cycled through multiple treatments without relief.

Janssen has assessed Spravato in phase 3 clinical trial program with over 1,700 adults with TRD.

According to the company, the patients in stable remission taking Spravato who continued treatment with the medicine were 51% less likely to relapse against those who maintained a regimen of a placebo and an oral antidepressant.

Spravato is said to work on the N-methyl-D-aspartate (NMDA) receptor, which is an ionotropic glutamate receptor in the brain. The nasal spray administers medicine, which is absorbed by the lining of the nasal passages and into the blood stream.

The company studied Spravato in five pivotal phase 3 trials in over 1,700 adults with TRD. It was also assessed in four phase 2 studies and 19 phase 1 studies in patients with TRD and healthy volunteers.

Patients recruited in the double-blind phase 3 studies secured Spravato or a placebo in addition to a newly initiated oral antidepressant at the beginning of the treatment phase.

Janssen Research & Development global head Mathai Mammen said: “Spravato has the potential to change the treatment paradigm and offer new hope to the estimated one-third of people with major depressive disorder who have not responded to existing therapies.

“This unique and innovative medicine is a testament to Janssen’s heritage of advancing solutions in neuroscience to heal minds and improve health outcomes.”

The company secured breakthrough therapy designation from the FDA for Spravato to treat TRD. The firm is also assessing the medicine for a second indication, major depressive disorder with imminent risk for suicide.

At present, the firm is carrying out phase 3 clinical studies for the second indication. It submitted a Marketing Authorization Application (MAA) to the European Medicines Agency (EMA) for the esketamine TRD indication in October 2018 and expecting approval by the end of this year. 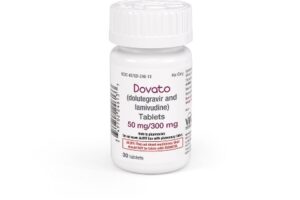