A Phase I study with INV-101 is currently ongoing to evaluate its safety, tolerability and pharmacokinetics profile.

“The RPD designation is an important recognition for Inversago, highlighting the potential role of our lead program in the treatment of young patients affected by Prader-Willi syndrome,” stated François Ravenelle, PhD, CEO and founder of Inversago Pharma.

“As a consequence of this genetic disorder, PWS patients have an overactivated endocannabinoid system, which leads to excessive weight gain, hyperphagia and neurodevelopmental symptoms. As such, developing safe, peripherally-acting inverse agonists of CB1 receptors offers the potential to address many of their significant and unmet medical needs,” added Glenn Crater, MD, CMO of Inversago Pharma.

The RPD designation is open to drug development programs targeting serious, life-threatening diseases that primarily affect less than 200,000 Americans aged 18 or younger. Once a new drug application is approved under this program, the company is eligible to receive a priority review voucher for any related marketing application. Such a voucher may also be sold or transferred.

Prader-Willi syndrome (PWS) is a genetic disorder affecting equally male and female newborns, notwithstanding geographical origin, and occurring in about one out of 15,000 births. PWS is considered as the most common genetic cause of life-threatening childhood obesity.

At an early stage, PWS is characterized by weak muscle tone (hypotonia), feeding difficulties, poor growth, and delayed development. As the disorder progresses, affected children develop an insatiable appetite, which leads to chronic overeating (hyperphagia) and obesity, among other symptoms. The treatment of PWS is currently limited to managing symptoms of the disorder as they arise. To date, there is no cure or disease modifying treatment for this genetic disorder.

INV-101 is a first-in-class, small molecule CB1 inverse agonist / antagonist being developed by Inversago for the treatment of PWS and non-alcoholic steatohepatitis (NASH). It is specifically designed to interact with peripheral CB1 receptors located in the gastro-intestinal tract, liver, pancreas, adipose tissues, muscles, lungs and other organs, thus aiming for a safe and effective therapeutic approach without the known liabilities of centrally-acting CB1 blockers. The peripheral CB1 blockade is a well-documented pathway, linked to many clinically meaningful metabolic benefits. 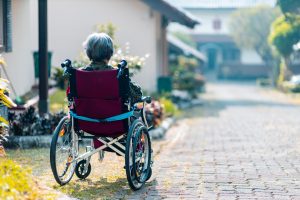