Under the deal, the companies will co-develop AL001 and AL101 antibodies for a range of neurodegenerative diseases including amyotrophic lateral sclerosis, frontotemporal dementia, Parkinson’s disease and Alzheimer’s disease.

These antibodies will be designed to elevate progranulin (PGRN) levels that regulate immune activity in the brain with genetic connections to many neurodegenerative disorders.

Enrolment of people at risk for or with FTD due to a progranulin gene mutation (FTD-GRN) for a Phase III trial on AL001 antibody is also currently underway.

As per the terms of the agreement, GSK will make upfront payments of $700m to Alector, which will also be eligible for up to $1.5bn more payments for clinical development, regulatory and commercial launch-related milestone payments.

Alector and GSK will co-commercialise and share profits as well as losses of AL001 and AL101 in the US while GSK will retain the commercialisation rights of the antibodies outside the US.

GSK Research and Development president and chief scientific officer Hal Barron said: “Our focus on human genetics and the science of the immune system gives us unique insights into the potential of targets such as progranulin to help patients with a number of neurodegenerative diseases.

“Working with Alector’s world class scientists will allow us to investigate the potential of these immuno-neurology therapies to help patients with frontotemporal dementia, a devastating disease without any currently approved treatments, as well as explore the ability to help patients with other neurodegenerative diseases, such as ALS, Parkinson’s and Alzheimer’s.”

Alector will be responsible for the commercialisation of AL001 in orphan indications and lead the global clinical development of the two antibodies through Phase II proof-of-concept.

GSK will lead commercial efforts of AL101 in Alzheimer’s and Parkinson’s disease.

Furthermore, the companies will share the development responsibilities for all late-stage clinical studies as well as the costs for global development of AL001 and AL101. 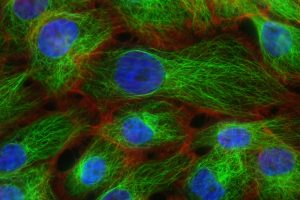