Genprex, a clinical-stage gene therapy company utilizing a unique, non-viral proprietary platform designed to deliver tumor suppressor genes to cancer cells, provides a clinical update and focus for its Oncoprex immunogene therapy program for 2020, prioritizing the development of Oncoprex in combination with osimertinib for the treatment of non-small cell lung cancer (NSCLC).

On January 14, 2020, the Company received U.S Food and Drug Administration (FDA) Fast Track Designation for its Oncoprex immunogene therapy in combination with the EGFR tyrosine kinase inhibitor (TKI) osimertinib (AstraZeneca’s Tagrisso®, which had worldwide sales in 2018 of $1.86 billion and $2.31 billion in the first nine months of 2019, and it is currently AstraZeneca’s highest grossing product) for the treatment of NSCLC patients with EFGR mutations that progressed after treatment with osimertinib alone. Oncoprex consists of the TUSC2 (Tumor Suppressor Candidate 2) gene, the active agent in Oncoprex, complexed with a lipid nanovesicle.

The Company’s current Phase I/II clinical trial utilizes the combination of the EGFR inhibitor erlotinib (marketed by Genentech in the U.S. and elsewhere by Roche as Tarceva®) and Oncoprex against NSCLC. The current Phase I/II trial is active but is not currently enrolling patients, though the Company had planned to resume enrollment in mid-2020. Tumor shrinkage in patients resistant to erlotinib enrolled in this trial showed that Oncoprex can overcome resistance to TKIs and provided support for the Fast Track Designation.

Osimertinib is now considered a new standard of care for NSCLC patients with an EGFR mutation. Given this and receipt of FDA’s Fast Track Designation for use of Oncoprex combined with osimertinib in patients whose tumors progress on osimertinib, the Company has decided to prioritize this drug combination and patient population. Therefore, the Company plans to initiate a Phase I/II clinical trial of Oncoprex combined with osimertinib in mid-2020 at multiple cancer centers across the United States, and it does not intend to reopen enrollment in the current Phase I/II trial using the combination of Oncoprex and erlotinib at this time.

Genprex plans to file an amendment to its Investigational New Drug (IND) application with the FDA for the Oncoprex and osimertinib combination therapy trial within the first quarter of 2020. Upon FDA acceptance of the amendment, the Company expects to be in a position to enroll patients shortly thereafter. The Company believes that enrollment in the new clinical trial may be rapid, as the tumors of almost all patients who are treated with osimertinib progress after treatment, and these patients may be candidates for its clinical trial combining Oncoprex with osimertinib, for which the Company received Fast Track Designation.

Thus, given the changing landscape in NSCLC and the recent Fast Track Designation, the Company believes prioritizing the combination therapy of Oncoprex with osimertinib represents the most efficient way to advance its lead drug candidate through the clinical process for FDA approval, to have the best commercial success in the $17.9 billion global lung cancer market and to make its treatment available to patients as soon as possible. 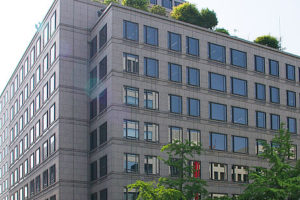