FT-4202 is a potent activator of pyruvate kinase-R (PKR) that, in preclinical studies, demonstrated the potential to beneficially impact both anemia and vaso-occlusive crises for people living with SCD.

“Despite newly approved therapies for SCD, a significant unmet need remains for an innovative, truly disease-modifying treatment,” said Frank Lee, chief executive officer of FORMA. “Receiving Orphan Drug designation for this investigational agent, along with the formerly granted FDA Fast Track designation and Rare Pediatric Disease designation, validates the work we are doing to address the unique struggles of patients living with the rare genetic anomaly that leads to SCD.”

Under the Orphan Drug Act, the FDA grants orphan status to drugs intended to treat rare disorders that affect fewer than 200,000 people in the U.S. The designation provides the sponsor of the drug certain incentives, including tax credits for qualified clinical trials and fee waivers.1,2

Sickle cell disease (SCD) is one of the most common disorder caused by a single gene mutation. Prevalence of SCD is approximately 100,000 people in the U.S. and approximately 30,000 people in France, Germany, Italy, Spain and the UK. While reporting limitations complicate stating an exact number, the National Institutes of Health reports that prevalence is estimated at over 20 million individuals worldwide. In people living with SCD, red blood cells, or RBCs, spontaneously deform in low oxygen conditions, taking on a sickle-like shape. Sickled cells are stiff and have damaged membranes, causing the RBCs to clump and burst in small blood vessels, resulting in inflammation and vaso-occlusive crises. Repeated deformation also depletes the RBC energy supply, called ATP. One important consequence of this energy depletion is increased levels of a metabolite, 2,3-DPG, that further reduces the RBCs’ affinity for oxygen and exacerbates the cycle of repeated deformation and anemia.

FT-4202 is a novel, potent pyruvate kinase-R (PKR) activator designed to be a disease-modifying therapy for the treatment of sickle cell disease (SCD). Early studies and trials have shown that FT-4202 works upstream by employing a multimodal approach and activating the red blood cells’ (RBC) natural PKR activity to decrease 2,3-DPG levels, which we believe leads hemoglobin to hold on to oxygen molecules longer to reduce RBC sickling. FT-4202 has also shown downstream activity by increasing ATP levels, the fuel that provides energy to cells, which we believe may improve RBC health and survival. Together, these effects have the potential to increase hemoglobin levels and decrease painful vaso-occlusive crises. In preclinical safety studies, FT-4202 did not inhibit aromatase activity, important biological processes responsible for sexual development. 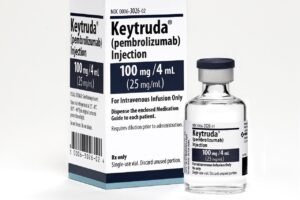