Indivior announced that the US Food and Drug Administration (FDA) has approved Perseris, the first once-monthly subcutaneous risperidone-containing, long-acting injectable (LAI) for the treatment of schizophrenia in adults.

Clinically relevant levels were reached after the first injection of PERSERIS without use of a loading dose or any supplemental oral risperidone.1

“Treatment adherence is a major challenge in schizophrenia due to the complexity of the disease. It is important to have additional treatment options available to physicians to help them improve their patients’ symptom severity,” said Maurizio Fava, Executive Vice Chair of the Massachusetts General Hospital (MGH) Department of Psychiatry and Indivior clinical research consultant.

“The studies carried out by Indivior suggest that PERSERIS may offer patients, caregivers and physicians a new once-monthly subcutaneous medication option to treat adults with schizophrenia.”

PERSERIS contains risperidone, a well-established treatment for schizophrenia, and uses the extended-release delivery system to form a subcutaneous (under the skin) depot that provides sustained levels of risperidone over one month. Initial peak risperidone plasma levels occur within 4 to 6 hours of dosing and are due to an initial release of the drug during the depot formation process.1

“Schizophrenia is a devastating, chronic and often disabling mental health condition that impacts the lives of people suffering from this illness, their families and caregivers. The approval of PERSERIS brings us the opportunity to provide adult patients and their healthcare providers with an innovative treatment option that we believe will make a meaningful difference,” said Shaun Thaxter, Chief Executive Officer of Indivior.

“People with schizophrenia face a complex patient journey that can be hindered by ignorance, apathy and stigma. Indivior is committed to working with stakeholders to reduce the stigma of schizophrenia and expand access to evidence-based treatment.”

The efficacy of PERSERIS was evaluated in a pivotal Phase 3 randomized, double-blind, placebo-controlled, 8-week study of 354 patients (NCT 02109562). PERSERIS efficacy was demonstrated by an improvement in the primary clinical endpoint, Positive and Negative Syndrome Scale (PANSS) total score at day 57.

The improvement in Clinical Global Impression Severity of Illness (CGI-S) was also statistically significant at day 57. Clinical trials of PERSERIS were designed for the product to be initiated with neither a loading dose nor any supplemental risperidone.1

The systemic safety profile of PERSERIS was consistent with the known safety profile of oral risperidone. The most common systemic adverse reactions in the pivotal Phase 3 trial (in ≥5% of PERSERIS patients and greater than twice placebo) were increased weight, sedation/somnolence and musculoskeletal pain. The most common injection site reactions (≥5% of all patients across PERSERIS and placebo groups) were injection site pain and reddening of the skin. 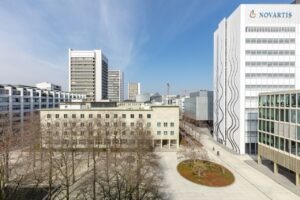