Last September, the company secured approval from the US Food and Drug Administration (FDA) for nintedanib to slow the rate of decline in pulmonary function in adults living with SSc-ILD.

The company also secured regulatory approvals for nintedanib in countries such as Canada, Japan, and Brazil to treat patients living with SSc-ILD.

The CHMP’s positive opinion was based on data from the SENSCIS phase III, double-blind, placebo-controlled trial, which assessed the efficacy and safety of nintedanib in patients with SSc-ILD.

The annual rate of decline in Forced Vital Capacity (FVC), which was evaluated for 52 weeks, is the primary endpoint of the trial.

According to the company, the results demonstrated nintedanib slowed the loss of pulmonary function by 44% relative to placebo, as measured in FVC over 52 weeks.

SENSCIS trial recruited 576 patients in over 32 countries such as the US, Canada, China, Japan, Germany, France and the UK.

Boehringer Ingelheim therapeutic area inflammation head and senior vice president Peter Fang said: “SSc-ILD is a life-changing disease. Once fibrosis of the lungs occurs it cannot be reversed, and this can have a devastating impact on a patient’s life and daily activities.

“Striving to improve the lives of people living with pulmonary fibrosis, we are pleased with the Committee’s positive opinion, which represents an important step forward in helping to slow down the progression of this rare and life-changing disease.”

In September 2019, Boehringer forged a co-development and license agreement worth $160m (£128.8m) with science-based company Inflammasome Therapeutics to develop up to three new therapies for retinal diseases. 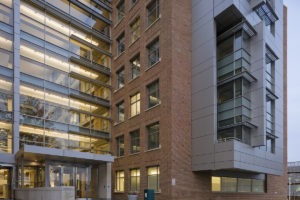