There are currently no drugs approved by the FDA for the treatment of alopecia areata, an autoimmune disorder in which the immune system attacks hair follicles, resulting in patchy or complete hair loss.

FDA Breakthrough Therapy Designation is intended to expedite the development and review of medicines aimed at treating a serious or life-threatening disease where there is preliminary clinical evidence that the investigational therapy may offer substantial improvement over existing therapies.

“We are pleased that the FDA has recognized the therapeutic potential of CTP-543 as a new treatment in development for alopecia areata,” said Roger Tung, Ph.D., President and Chief Executive Officer of Concert Pharmaceuticals. “Our goal is to bring this potential new therapy to patients as quickly as possible. We look forward to working closely with the FDA to expedite the development of CTP-543.”

FDA Breakthrough Therapy Designation for CTP-543 is supported by positive data from a Phase 2 clinical trial in patients with moderate-to-severe alopecia areata. In September 2019, Concert reported that patients treated with either 8 mg twice-daily or 12 mg twice-daily of CTP-543 met the primary efficacy endpoint with statistically significant differences (p <0.001) relative to placebo in the percentage of patients achieving a ≥ 50% relative change from baseline at 24 weeks as measured by Severity of Alopecia Tool (SALT). The 8 mg twice-daily and 12 mg twice-daily groups were also significantly different from placebo in the number of patients achieving a SALT score of 20 or less at 24 weeks, which is the primary efficacy endpoint that Concert intends to utilize in its pivotal registration studies. Treatment with CTP-543 was generally well tolerated, with one serious adverse event reported in the 12 mg dose group where the patient was able to complete the trial after a brief dose interruption.

CTP-543 has also received Fast Track designation in the U.S. for the treatment of alopecia areata. 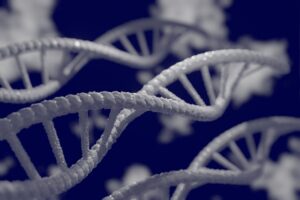