Boehringer Ingelheim has entered into a new research and licensing agreement with biotech company Gubra to identify and validate innovative peptides to treat obesity.

Boehringer Ingelheim has entered into a new research and licensing agreement with biotech company Gubra to identify and validate innovative peptides to treat obesity.

Under the partnership, Gubra is responsible for the early discovery activities.

Boehringer Ingelheim will further develop the projects and bring promising candidates into non-clinical and clinical development.

Gubra CEO Henrik Blou said: “Over the past four years our two companies have built a strong drug discovery relationship. In this third collaboration, Gubra is responsible for the early discovery of peptides – now applying our proprietary target and drug discovery platform streaMLine.

“After initial maturation, projects are handed over for further development to Boehringer Ingelheim. This approach, we believe, has the potential to take obesity treatment to the next level for the benefit of patients around the world.”

According to Boehringer Ingelheim, approximately half of the US population is estimated to have obesity by 2030.

Obesity is a complex chronic disease which requires long-term management and is among the leading risk factors for several cardio-metabolic diseases including heart disease, ischemic stroke, liver diseases.

With growing global prevalence, the disease has limited treatment options which are also not sufficiently effective or are associated with adverse events. 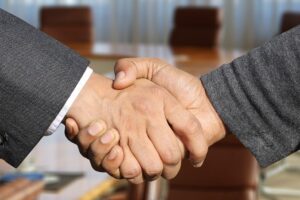