Biogen has entered into a $1.525bn worth deal with Sage Therapeutics for the development and commercialisation of breakthrough therapies in depression and movement disorders.

As per terms of the deal, Sage will secure $1.525 in cash that includes an upfront payment of $875m and $650m equity investment, as well as potential milestone payments, profit sharing and royalties.

Under the deal, the companies will jointly develop and commercialise zuranolone (SAGE-217) for major depressive disorder (MDD), postpartum depression (PPD) and other psychiatric disorders, as well as SAGE-324 for essential tremour and other neurological disorders.

Zuranolone, a potential first-in-class, two-week and once-daily oral therapy, is currently in phase 3 development under LANDSCAPE and NEST clinical programme.

Zuranolone, which is a next-generation positive allosteric modulator of the gamma-aminobutyric acid (GABAA) receptor, already secured breakthrough therapy status from the US Food and Drug Administration (FDA) for MDD.

Two positive pivotal studies were completed with zuranolone 30mg, including one in MDD (MDD-201) and one in PPD (ROBIN study).

SAGE-324, a next-generation positive allosteric modulator of GABAA receptors, is under phase 2 development for essential tremour with potential in other neurological conditions such as epilepsy and PD.

Based on positive results from a phase 1 open-label study in essential tremour, Sage expanded SAGE-324 to the phase 2a KINETIC study. The results from the 28-day placebo-controlled study are expected to be revealed in 2021.

Both firms will determine the development and commercialisation strategy for both drugs, once the deal is concluded.

“There is a tremendous unmet medical need in depression, and we are optimistic about the potential for zuranolone to help transform the treatment of depression and address the stigma often associated with chronic use of antidepressants.”

Subject to completion of review under antitrust laws, the deal is expected to be completed by the end of January 2021.

In October, Scribe Therapeutics entered into a research collaboration with Biogen for the development of CRISPR-based genetic medicines for neurological diseases. 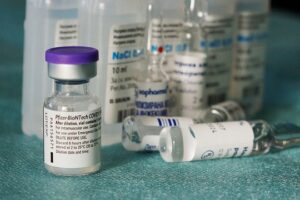