US-based Aveo Pharmaceuticals and Swiss drugmaker Novartis have scrapped their $326m worth licensing agreement to develop and commercialize the former’s humanized inhibitory antibody AV-380 and other related antibodies.

Aveo said that Novartis informed it that although the AV-380 Program is a key asset, the development delays of the drug and the changes in its management and strategic priorities have led to its decision of not to pursue further development.

Under an agreement signed in August 2015, Novartis had been granted worldwide rights to develop and commercialize the antibodies.

AV-380 and the antibodies, that are part of the deal, were designed to target growth differentiation factor 15 (GDF15) for the treatment and prevention of disease and other conditions under the “AV-380 Program”.

Novartis served a notice to Aveo seeking the termination of the agreement which will be terminated in late August, 60 days from the date of the notice.

AV-380 has been claimed by Aveo to have promise as a potential treatment for cachexia secondary to multiple disease states, such as cancer, chronic kidney disease, congestive heart failure and chronic obstructive pulmonary disease.

In a regulatory filing, Aveo said: “On June 28, 2018, the Company had separately provided Novartis with notice under the License Agreement’s dispute resolution provisions of a dispute regarding Novartis’ compliance with its diligence obligations with respect to the development of the AV-380 program.”

The US pharma company said that an arbitration could be started if the dispute is not resolved by the parties at the management level. It added that the dispute resolution procedures will go on in parallel to the termination process of the licensing agreement.

As per the 2015 deal, AVEO would get an upfront payment of $15m and will be eligible to get a further $311m in the form of reimbursement, clinical, sales and regulatory-based milestone payments assuming successful advancement of the antibodies. 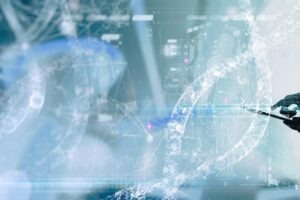