Aurinia Pharmaceuticals, a late-stage clinical biopharmaceutical company focused on advancing voclosporin across multiple indications, announced that the U.S. Food and Drug Administration (FDA) has accepted the filing of its New Drug Application (NDA) for voclosporin, as a potential treatment for lupus nephritis (LN), a serious inflammation of the kidneys caused by the autoimmune disease systemic lupus erythematosus (SLE).

The FDA has granted Priority Review for the NDA, which provides an expedited six month review, and has assigned a Prescription Drug User Fee Act (PDUFA) target action date of January 22, 2021. The FDA has also informed the Company that they are not currently planning to hold an advisory committee meeting to discuss the application. The FDA has the option to change this decision based on review of the pending NDA.

“People living with LN are in need of an advanced therapy that quickly drives the disease into remission and mediates kidney damage,” said Peter Greenleaf, President and Chief Executive Officer of Aurinia. “We will continue to collaborate with the FDA during their review process and in parallel build our commercial readiness for a potential approval and commercial launch in  the first quarter of 2021.”

Priority review is granted to therapies that the FDA determines have the potential to provide a significant improvement in the safety or effectiveness of the treatment, diagnosis or prevention of a serious condition. Under PDUFA, a Priority Review targets a review time of six months compared to a standard review time of 10 months. Voclosporin was also granted Fast Track designation by the FDA in 2016.

The NDA for voclosporin is supported by data from a substantial global clinical program including two pivotal studies, Phase 3 AURORA and Phase 2 AURA-LV. Additional AURORA study data was recently presented at the EULAR and ERA-EDTA virtual conferences, which provided further supportive detail into pre-specified subgroup analyses and changes in kidney function.

Voclosporin, an investigational drug, is a novel and potentially best-in-class calcineurin inhibitor (CNI) with clinical data in over 2,600 patients across indications. Voclosporin is an immunosuppressant, with a synergistic and dual mechanism of action. By inhibiting calcineurin, voclosporin blocks IL-2 expression and T-cell mediated immune responses and stabilizes the podocyte in the kidney. It has been shown to have a more predictable pharmacokinetic and pharmacodynamic relationship (potentially requires no therapeutic drug monitoring), an increase in potency (versus cyclosporine A), and an improved metabolic profile compared to legacy CNIs.

Aurinia anticipates that upon regulatory approval, patent protection for voclosporin will be extended in the United States and certain other major markets, including Europe and Japan, until at least October 2027 under the Hatch-Waxman Act and comparable laws in other countries and until April 2028 with anticipated pediatric extension. Further, a U.S. patent has also been issued covering the voclosporin dosing protocol with a term extending to December 2037, if the FDA incorporates the dosing protocol used in both the AURA and AURORA trials into the product label.

Lupus nephritis (LN) is an inflammation of the kidney caused by Systemic Lupus Erythematosus (SLE) and represents a serious progression of SLE. SLE is a chronic, complex and often disabling disorder. The disease is highly heterogeneous, affecting a wide range of organs and tissue systems. Unlike SLE, LN has straightforward disease outcomes, where an early reduction in proteinuria correlates with positive long-term outcomes.

In patients with LN, renal damage results in proteinuria and/or hematuria and a decrease in renal function as evidenced by reduced eGFR, and increased serum creatinine levels. LN is debilitating and costly and if poorly controlled, LN can lead to permanent and irreversible tissue damage within the kidney, resulting in end-stage renal disease (ESRD), thus making LN a serious and potentially life-threatening condition. 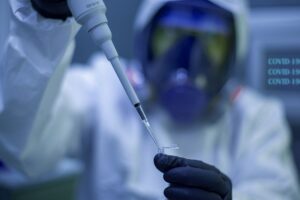