New data from Novel START, an open-label trial designed to reflect real-world practice, has demonstrated the effectiveness of Symbicort Turbuhaler (budesonide/formoterol) as a potential anti-inflammatory reliever in mild asthma.

These results are published in the New England Journal of Medicine and are being presented at the American Thoracic Society 2019 International Conference.

The trial compared Symbicort Turbuhaler with two commonly used treatment regimens in mild asthma. In real-world practice, patients typically use a short-acting beta2-agonist (SABA) reliever in response to symptoms or daily low-dose inhaled corticosteroid (ICS) maintenance therapy with a SABA reliever. In this trial, patients with mild asthma were randomised to receive either albuterol (a SABA reliever) taken as-needed, or budesonide (an ICS maintenance treatment) plus albuterol as-needed, or Symbicort Turbuhaler used as an anti-inflammatory reliever therapy taken as-needed.

Alex de Giorgio-Miller, Therapy Area Vice President, Respiratory, Global Medical Affairs, said: “There are an estimated 176 million asthma attacks globally each year and all asthma patients, regardless of their disease severity, are at risk of severe attacks. The Novel START trial demonstrates the effectiveness of Symbicort as an anti-inflammatory reliever to reduce the risk of asthma attacks in patients with mild disease, compared with the most commonly used asthma reliever. In a trial that reflects real-world practice, these data reinforce evidence from the SYGMA trials and build on the established clinical profile of Symbicort in moderate-to-severe disease.”

Novel START was conducted by the Medical Research Institute of New Zealand and was funded by a research grant from AstraZeneca and core institutional funding from the Health Research Council of New Zealand.

Safety and tolerability data for Symbicort Turbuhaler as-needed were consistent with the known profile of the medicine. The most commonly reported adverse events in the Novel START trial were upper respiratory tract infection, nasopharyngitis and asthma.

Symbicort Turbuhaler is approved as a maintenance and reliever therapy in many countries for moderate-to-severe asthma, and as an anti-inflammatory reliever as-needed in patients with mild asthma in Brazil and Russia. A regulatory submission to expand the indication for Symbicort Turbuhaler as an anti-inflammatory reliever in mild asthma has been accepted in Europe. In the US, Symbicort is approved for use in a pressurised metered-dose inhaler device, but not the Turbuhaler device. 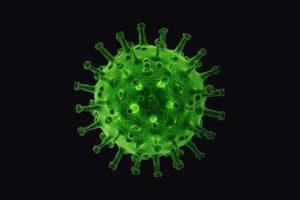