Alnylam Pharmaceuticals and Sanofi have agreed to conclude the research and option phase of the companies’ 2014 RNAi therapeutics alliance in rare genetic diseases.

The material collaboration terms for patisiran, vutrisiran, and fitusiran, as previously announced, will continue unchanged.

“We couldn’t be more pleased with the success of this alliance over the last five years, advancing RNAi therapeutics to patients afflicted with rare diseases around the world, and we look forward to our continued collaboration with Sanofi on our alliance programs.”

As part of the agreement, Alnylam will advance a selected investigational asset in an undisclosed rare genetic disease through the end of IND-enabling studies. Sanofi will be responsible for any potential further development or commercialization of this asset.

If this product is approved, Alnylam will be eligible to receive tiered double-digit royalties on its global net sales. In addition, Alnylam and Sanofi have agreed to amend certain terms of the companies’ equity agreement, with Sanofi obtaining a release of its lock-up of Alnylam stock holdings, subject to certain trading restrictions, amongst other provisions.

RNAi (RNA interference) is a natural cellular process of gene silencing that represents one of the most promising and rapidly advancing frontiers in biology and drug development today. Its discovery has been heralded as “a major scientific breakthrough that happens once every decade or so,” and was recognized with the award of the 2006 Nobel Prize for Physiology or Medicine. By harnessing the natural biological process of RNAi occurring in our cells, a new class of medicines, known as RNAi therapeutics, is now a reality.

Small interfering RNA (siRNA), the molecules that mediate RNAi and comprise Alnylam’s RNAi therapeutic platform, function upstream of today’s medicines by potently silencing messenger RNA (mRNA) – the genetic precursors – that encode for disease-causing proteins, thus preventing them from being made. This is a revolutionary approach with the potential to transform the care of patients with genetic and other diseases. 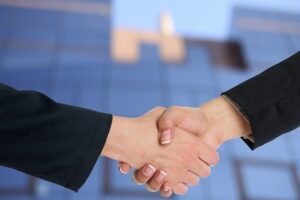 Ligand Pharmaceuticals to buy Pfenex for up to $516m