Alnylam Pharmaceuticals has initiated a rolling submission of its New Drug Application (NDA) to the U.S. Food and Drug Administration (FDA) for lumasiran, an investigational RNAi therapeutic targeting glycolate oxidase for the treatment of primary hyperoxaluria type 1 (PH1).

The rolling submission allows completed sections of an NDA to be reviewed by the FDA on an ongoing basis. Specifically, Alnylam has submitted the non-clinical components to the FDA and expects to submit the remaining components in early 2020. Alnylam also announced that it has been granted a pediatric rare disease designation from the FDA for lumasiran for the treatment of PH1.

“Having recently announced positive topline results in the ILLUMINATE-A Phase 3 study of lumasiran, we’re now pleased to initiate our NDA filing, a critical milestone in making this important medicine available to patients as rapidly as possible. We look forward to working with the FDA to advance this medicine to patients and anticipate receiving approval in late 2020, assuming favorable regulatory review,” said Pritesh J. Gandhi, PharmD, Vice President and General Manager, Lumasiran program at Alnylam. “In addition, we are pleased to have received a pediatric rare disease designation for lumasiran from the FDA, recognizing the serious and life-threatening manifestations of PH1 affecting pediatric patients.” 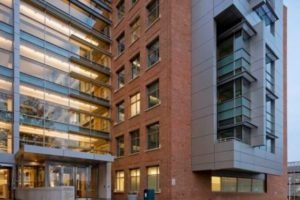