Alexion Pharmaceuticals has secured approval from the US Food and Drug Administration (FDA) for Soliris to treat adults with neuromyelitis optica spectrum disorder (NMOSD) who are anti-aquaporin-4 (AQP4) antibody positive.

The NMOSD is a rare and severe autoimmune disease, which attacks the central nervous system without warning. Also referred as relapses, the attacks may result in progressive and irreversible damage to the brain, optic nerve and spinal cord.

The FDA approval was based on data from the phase 3 randomised, double-blind and placebo controlled Prevent study.

Soliris has achieved its primary endpoint of prolonging the time to first adjudicated relapse and reducing the risk of relapse in the Prevent trial.

The European Medicines Agency (EMA) and the Japanese Ministry of Health, Labour and Welfare (MHLW) are evaluating Alexion’s applications to add the treatment of NMOSD to the marketing authorisations for Soliris.

Alexion already secured orphan drug designation (ODD) to treat patients with NMOSD in the US, EU and Japan.

Alexion research and development head and executive vice president Dr John Orloff said: “In NMOSD, disease progression is driven by attacks, and so preventing future relapses is the primary goal of treatment. Today, for the first time, adults living with anti-AQP4 antibody-positive NMOSD have an approved treatment to reduce the risk of an unpredictable relapse – or attack.”

Soliris is a first-in-class complement inhibitor, which works by blocking the C5 protein in the terminal part of the complement cascade, a part of the immune system.

Soliris secured approval in the US, EU, Japan and other countries as a treatment for adult patients with PNH and for adults and children with aHUS. 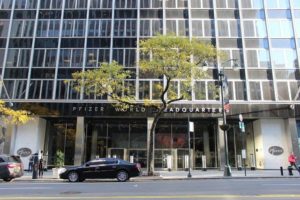