Roche said that the combination of Tecentriq (atezolizumab) and Avastin (bevacizumab) reduced the risk of disease worsening or death by 26% in certain people with advanced kidney cancer in a Phase III study. In the study, the Roche immuno-oncology combination was evaluated against Pfizer’s sunitinib, which was approved by the US Food and Drug Administration (FDA) for the treatment of kidney cancer.

The global trial featured 915 people having locally advanced or metastatic renal cell carcinoma (RCC) that was inoperable, and could not undergo prior systemic active or experimental therapy.

Roche said the patient arm that had received Tecentriq plus Avastin had a 26% reduced risk of disease worsening or death, that is PFS compared to patients treated with sunitinib.

The Swiss drugmaker said that preliminary observations from the co-primary endpoint of overall survival (OS) in the entire patient population were promising, but are still immature.

Safety wise, Roche’s immuno-oncology combination was reported to be on par with the known safety profile of the individual drugs and with what was noted previously in the phase 2 IMmotion150 trial.

Roche chief medical officer and global product development head Sandra Horning said: "This is the second positive Phase III study that includes Tecentriq and Avastin as part of a treatment regimen, providing further evidence to support the potential of this unique combination.

"We are encouraged that initial treatment with Tecentriq and Avastin significantly reduced the risk of disease worsening or death in people with advanced kidney cancer, while also providing more time before disease symptoms interfere with day-to-day life compared with sunitinib, a current standard of care. We look forward to discussing these results with regulatory authorities worldwide."

Tecentriq, a PD-L1 inhibitor, has been approved for metastatic non-small cell lung cancer (NSCLC) and metastatic urothelial cancer in the European Union, US and more than 50 countries.

On the other hand, Avastin is an anti-VEGF inhibitor, which has approvals to treat multiple types of cancer. 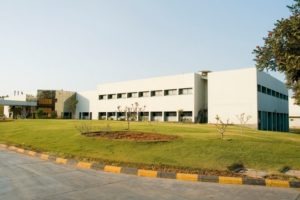