The trials, named GEMINI-1 and GEMINI-2, assessed the 2DR against a three-drug regimen of dolutegravir and two nucleoside reverse transcriptase inhibitors in HIV-1 patients with baseline viral loads under 500,000 copies per ml.

Non-inferiority based on plasma HIV-1 RNA <50 copies per millilitre (c/mL) was the primary endpoint of the two trials, which was met at Week 48. The parameter of non-inferiority is considered to be a standard measure of HIV control.

Dolutegravir is an integrase strand transfer inhibitor (INSTI) designed to be used in combination with other antiretroviral agents for HIV treatment.

INSTIs like dolutegravir stop HIV replication by preventing the viral DNA from integrating into the genetic material of human immune cells (t-cells), which is important in the HIV replication cycle and also responsible for establishing chronic infection.

Branded as Tivicay, the drug has been approved in more than 100 countries in North America, Europe, Asia, Australia, Africa and Latin America.

Lamivudine, on the other side, is a nucleoside analogue, which has been designed to be used in combination with other antiretroviral agents for treating HIV.

“They affirm our two-drug regimen strategy, and reinforce our belief that many patients can control their disease with two drugs instead of three or more.  Importantly, the studies show that this two-drug regimen could be an option for treatment naïve patients and can support a broad range of patients living with HIV around the world.”

ViiV Healthcare said that it intends to pursue regulatory approvals for the two-drug regimen of dolutegravir and lamivudine later this year.

The company, which is a joint venture of GlaxoSmithKline (GSK), Pfizer and Shionogi, secured approval in the European Union in late May for Juluca (dolutegravir 50mg/rilpivirine 25mg) for the treatment of HIV-1 infection. 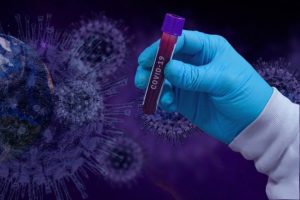