Japanese drugmaker Takeda has partnered with biotechnology firm Ambys Medicines to pioneer therapies for the treatment of serious liver diseases.

The partnership announcement coincided with official launch of Ambys Medicines with a $60m Series A financing funded by Third Rock Ventures and Takeda.

The partnership with Takeda brings Ambys’ total committed funding at launch to $140m.

Based in Redwood City of California, Ambys Medicines will involve in the development of novel medicines to restore liver function and prevent the progression to liver failure across multiple liver diseases.

Under the terms of the partnership deal, Takeda has committed $100m, including participation in the Series A financing.

The deal grants Takeda an option to ex-US commercialization rights for the first four products, which reach an investigational new drug (IND) application created under the partnership.

Takeda will share in 50% of the development costs for any optioned program and will make development and regulatory milestone payments, if Takeda elects to exercise an option for a product.

Scientific co-founders of Ambys include experts in liver disease, cell and gene therapy, and small molecules, which can replace protein function.

Ambys Medicines CEO Dr Jeffrey Tong said: “With the launch of Ambys, we are seizing the opportunity to radically reshape the way in which serious liver diseases are treated.

“Major advances in the fields of gene and cell therapy and gain-of-function drug therapies, coupled with deeper understanding of liver biology, create the potential to develop drug therapies that can now restore or replace natural liver function.” 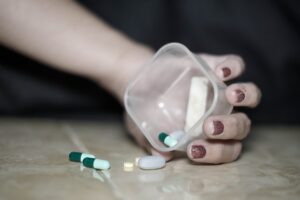