Scancell Holdings, a developer of immunotherapies to treat cancer, has expanded its research collaboration with the rheumatology unit at the Karolinska Institute Sweden.

The expanded agreement will explore the potential of the Moditope® platform to develop multiple immunotherapeutic agents for a range of different cancers.

Scientists at the Rheumatology Unit at the Karolinska Institute, led by Professors Lars Klareskog and Vivianne Malmström, previously uncovered an essential role for citrullinated proteins in the pathogenesis of the autoimmune disease rheumatoid arthritis.

This collaboration builds on the previous agreement, announced on 11 March 2016, which allowed the parties to explore how immunity to citrullinated proteins is involved in the control of tumour growth for the development of cancer vaccines.

Broadening this agreement will allow further investigation into the potential of Moditope® for any cancer immunotherapy, including, T-Cell Receptor based therapeutics.

Scancell chief scientific officer professor Lindy Durrant said: “We are pleased to have broadened our research collaboration with Professor Klareskog, Professor Malmström and their colleagues at the Karolinska Institute.

“Our research has shown that citrullinated proteins are involved in the control of tumour growth and we believe that this expanded collaboration will help us to develop Moditope®, not only for use in cancer vaccines, but also as part of other cancer immunotherapy approaches.”

Karolinska Institutet professor Lars Klareskog said: “The collaboration with Scancell will allow us to investigate the relationships between autoimmunity and cancer and the therapeutic opportunities that may be uncovered from such studies.”

Scancell is developing novel immunotherapies for the treatment of cancer based on its ImmunoBody® and Moditope technology platforms.

ImmunoBody® vaccines target dendritic cells and stimulate both parts of the cellular immune system. They can be used as monotherapy or in combination with checkpoint inhibitors. This platform has the potential to enhance tumour destruction, prevent disease recurrence and extend survival. 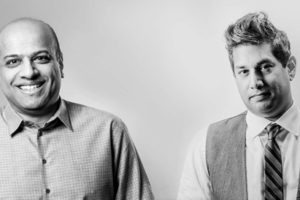