POXEL, a biopharmaceutical company focused on the development of innovative treatments for metabolic disorders, including type 2 diabetes and non-alcoholic steatohepatitis (NASH), today announced the initiation of a Phase 1b double-blind, randomized, placebo-controlled study in healthy subjects to evaluate the safety, tolerability and pharmacokinetics (PK) as well as support dose selection for a pivotal study of PXL065.

This study aims to confirm the predicted relative exposure and dose proportionality of PXL065.

PXL065, the deuterium-stabilized R-stereoisomer of pioglitazone, targets mitochondrial pyruvate carrier (MPC) inhibition. PXL065 is being developed for the treatment of noncirrhotic NASH patients and has the potential to provide an improved therapeutic profile over 45 mg of Actos®* (pioglitazone).

Pioglitazone has been extensively studied in NASH with demonstrated efficacy1,2, but its use is limited due to its side effect profile, including weight gain and fluid retention, which appear to be associated with the S-stereoisomer.

“Our in-depth understanding of the cellular energy regulation pathways related to metabolic diseases, such as NASH, has helped to facilitate the rapid advancement of a diverse pipeline with two promising clinical programs for this chronic metabolic disease,” said Thomas Kuhn, CEO of Poxel.

“Based on preclinical and Phase 1 results to-date, we believe PXL065 has the potential to exhibit an improved therapeutic profile compared to pioglitazone for noncirrhotic NASH patients. We continue to believe strongly in the role of mitochondrial metabolism for the treatment of NASH and anticipate topline data from this Phase 1b study in the fourth quarter of this year. In addition, PXL065 has the potential for expedited development through the 505(b)(2) regulatory pathway, and we will be meeting with the FDA early in the fourth quarter to discuss the registration program.”

The Phase 1b trial is a double-blind, randomized, placebo-controlled MAD study that will assess the safety, tolerability and PK in approximately 30 healthy subjects, following seven days of receiving three doses (7.5 mg, 15 mg and 30 mg) of PXL065 versus 45 mg Actos®. The study has opened sites and has initiated recruitment of subjects. Topline results from this study are expected in the fourth quarter of 2019.

The Phase 1b trial initiation follows topline positive results from the Company’s Phase 1a single ascending dose (SAD) study of PXL065, reported in April 2019. The Phase 1a study evaluated the safety, tolerability and PK of three doses of PXL065 compared to 45 mg Actos® in a total of 24 healthy subjects. In this study, PXL065 was observed to show a favorable safety and tolerability profile with no serious adverse events. PK assessment showed that PXL065 plasma exposure (Cmax and AUC) increased in a dose-proportional manner up to 22.5 mg following oral administration. Furthermore, stabilization of R-pioglitazone with deuterium was confirmed at all doses tested. Data from this study will be presented at the AASLD Annual Meeting, held November 8-12, 2019 in Boston, MA. 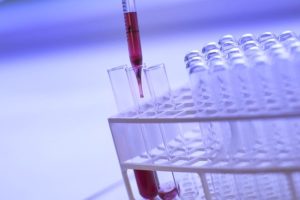