Fortress Biotech, a biopharmaceutical company focused on acquiring, developing and commercializing pharmaceutical and biotechnology products, announced that Caelum Biosciences has signed a strategic agreement with Alexion Pharmaceuticals to advance the development of CAEL-101 for light chain (AL) amyloidosis.

CAEL-101 is a first-in-class amyloid fibril targeted therapy designed to improve organ function by reducing or eliminating amyloid deposits in patients with AL amyloidosis. AL amyloidosis is a rare systemic disorder that causes misfolded immunoglobulin light chain protein to build up in and around tissues, resulting in progressive and widespread organ damage, most commonly the heart and kidneys.

Founded by Fortress, Caelum is a company focused on developing treatments for rare and life-threatening diseases.

Under the terms of the agreement, Alexion will acquire a minority equity interest in Caelum and an exclusive option to acquire the remaining equity in the company based on Phase 2 data for pre-negotiated economics.

Alexion will make payments to Caelum totaling up to $60 million, including the purchase price for the equity and milestone-dependent development funding payments. The collaboration also provides for potential additional payments of up to $500 million, including the upfront and regulatory and commercial milestone payments, in the event Alexion exercises the acquisition option. The collaboration will leverage Alexion’s expertise in rare disease antibody development and commercial franchise in hematology.

Lindsay A. Rosenwald, M.D., Fortress’ Chairman, President and Chief Executive Officer, said, “This collaboration with Alexion, a global leader in the rare disease field, is a testament to the Fortress team’s expertise in identifying and developing promising treatments to their full potential. Fortress founded Caelum in January 2017 on the potential of CAEL-101, with the goal of improving treatment options for patients with AL amyloidosis. This partnership represents an exciting opportunity for CAEL-101 to help patients, as well as create value for Fortress investors. We look forward to seeing what Caelum and Alexion will achieve through this collaboration while we continue to develop a robust pipeline of compelling product candidates at Fortress.”

Fortress has more than 25 programs in development, including seven late-stage and one mid-stage product candidates, at the Fortress level, at its majority-owned and majority-controlled subsidiaries and at entities in which it holds minority ownership positions. In addition to CAEL-101, late-stage and mid-stage programs include:

CK-301, an anti-PD-L1 mAb, for selected recurrent or metastatic cancers

AL amyloidosis is a rare systemic disorder caused by an abnormality of plasma cells in the bone marrow. Misfolded immunoglobulin light chains produced by plasma cells aggregate and form fibrils that deposit in tissues and organs, gradually affecting their function. This can cause progressive and widespread organ damage and high mortality rates, with death most frequently occurring as a result of cardiac failure. Current standard of care includes plasma cell directed chemotherapy and autologous stem cell transplant, but these therapies do not address the organ dysfunction caused by amyloid deposition, and up to 80 percent of patients are ineligible for transplant.

AL amyloidosis is a rare disease but is the most common form of amyloidosis. There are approximately 22,000 patients across the United States, France, Germany, Italy, Spain and the United Kingdom. AL amyloidosis has a one-year mortality rate of 47 percent, 76 percent of which is caused by cardiac amyloidosis.

CAEL-101 is a first-in-class monoclonal antibody (mAb) designed to improve organ function by reducing or eliminating amyloid deposits in the tissues and organs of patients with AL amyloidosis.

The antibody is designed to bind to insoluble light chain amyloid protein, including both kappa and lambda subtypes. In a Phase 1a/1b study, CAEL-101 demonstrated improved organ function, including cardiac and renal function, in 27 patients with relapsed and refractory AL amyloidosis who had previously not had an organ response to standard of care therapy. CAEL-101 has received Orphan Drug Designation from the U.S. Food and Drug Administration as a therapy for patients with AL amyloidosis, and as a radio-imaging agent in AL amyloidosis. 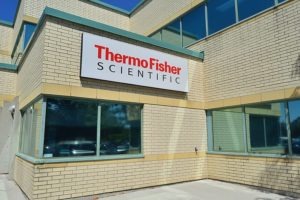