Development and Production of the Respimat® Reuseable Inhaler Housing Module 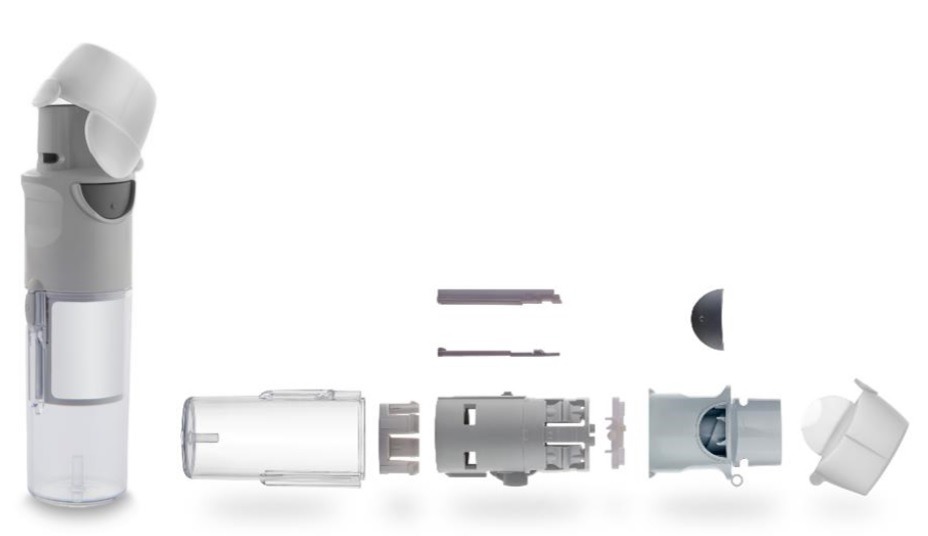 Gerresheimer has been commissioned by Boehringer Ingelheim with the development and large series production of the housing module for the new generation of Respimat® inhalers. This environmentally-friendly successor model to the established Respimat® inhaler can be successively loaded with up to six active agent cartridges, thus ensuring less waste and a considerably reduced CO2 footprint during the product life cycle. Gerresheimer has developed the housing module for the new inhaler and built the pre-series and series moulds, as well as the pre-series and series special-purpose machines. Gerresheimer is also carrying out the large series production.

The Respimat® is an inhaler for the treatment of respiratory diseases that is firmly established in the market. Patients with chronic lung diseases like COPD use bronchodilation drugs daily to relieve their illnesses. Correspondingly high is the consumption of inhalers, which usually need to be replaced when the active agent has been exhausted. Boehringer Ingelheim has therefore decided to develop a new, reusable version of the Respimat®. This further development of the inhaler takes the feedback of patients into account. Thus, with a view to the ergonomics of the Respimat®, the grip has been further improved by an extension of the housing. The readability of the dosage display has also been improved.

Challenging for product development and industrialization was the necessity the new inhaler be immediately available in large numbers for its market launch. Gerresheimer, therefore, had to immediately transition from the development phase to a robust, high-volume, series production. To meet such a demanding schedule, the development phase and the creation of the equipment for large series production were advanced simultaneously. The foundation was first established with low-cavity moulds and semi-automated processes, based on which the development of high-cavity moulds and completely automated processes for high-volume, large series production were immediately commenced with. In this way, the development of the series equipment is initiated 10 months before the planned design verification. Also decisive for the success of the project was the availability of our clean room production for small series, with which samples could be promptly tested under real conditions.

A risk-based approach that ensures the systematic mastering of all risks of the production process was used for the jump to large series production. Due to this robust development approach, all functional tests for the design verification of the low-cavity moulds and later for the implementation of the high-cavity series moulds were passed immediately. High-volume series production has also been running for several months now without problems.